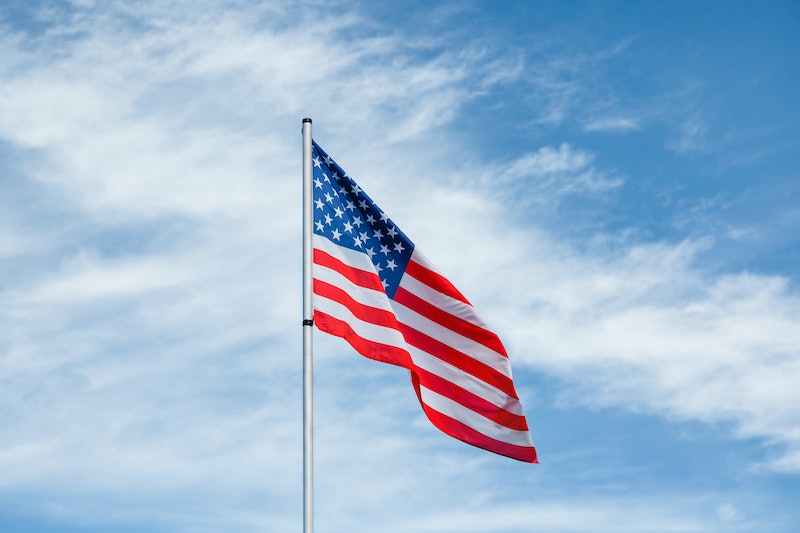 Falling on the last Monday in May, Memorial Day is a time to remember those who served our country in the U.S. military and lost their lives while doing so. And now, these patriotic quotes for Memorial Day will remind you exactly what it is that those who have passed were fighting for — and while these quotes can't bring back those who have died during service to America, they can help to stir up a feeling of patriotism in anyone who reads them and abides by them.

Harry S. Truman, Barack Obama, and Thomas Jefferson are some of the famous names you'll see in the roundup below. And while all of these politicians certainly might have had different views on the way the American government should be run, there's one thing that everybody on this list can agree on: freedom is worth the fight.

Spend some time remembering those we've lost this Memorial Day, as well as reflecting on the beauty of America and the freedom it allots to its citizens. These 13 patriotic quotes just begin to scrape the surface of what it means to be an American, but they also manage to get to the heart of it in a poetic and concise manner.

1. "America was not built on fear. America was built on courage, on imagination and an unbeatable determination to do the job at hand." — Harry S. Truman

2. "We, the People, recognize that we have responsibilities as well as rights; that our destinies are bound together; that a freedom which only asks what's in it for me, a freedom without a commitment to others, a freedom without love or charity or duty or patriotism, is unworthy of our founding ideals, and those who died in their defense." — Barack Obama

3. "The tree of liberty must be refreshed from time to time with the blood of patriots and tyrants." — Thomas Jefferson

4. "Patriotism is supporting your country all the time, and your government when it deserves it." — Mark Twain

5. "My dream is of a place and a time where America will once again be seen as the last best hope of earth." — Abraham Lincoln

6. "Fighting corruption is not just good governance. It's self-defense. It's patriotism." — Joe Biden

7. "Wars may be fought with weapons, but they are won by men. It is the spirit of men who follow and of the man who leads that gains the victory." — George S. Patton

8. "This nation will remain the land of the free only so long as it is the home of the brave." — Elmer Davis

9. "Our flag honors those who have fought to protect it, and is a reminder of the sacrifice of our nation's founders and heroes. As the ultimate icon of America's storied history, the Stars and Stripes represents the very best of this nation." — Joe Barton

10. "Patriotism consists not in waving the flag, but in striving that our country shall be righteous as well as strong." — James Bryce

11. "Patriotism consists not in waving the flag, but in striving that our country shall be righteous as well as strong." — James Bryce

12. "A man's country is not a certain area of land, of mountains, rivers, and woods, but it is a principle and patriotism is loyalty to that principle." — George William Curtis

13. "The fight for freedom must go on until it is won; until our country is free and happy and peaceful as part of the community of man, we cannot rest." — Oliver Tambo

More like this
How To Protect Your Digital Privacy If You Need An Abortion Post Roe v. Wade
By Kaitlyn Wylde
How To Fight For Reproductive Rights, Based On How Much Time You Have
By Courtney Young
25 Manifestation Quotes From Lady Gaga, Oprah, & More
By Megan McCarty
Are Gemini & Scorpio Compatible In A Relationship?
By Kristine Fellizar
Get Even More From Bustle — Sign Up For The Newsletter