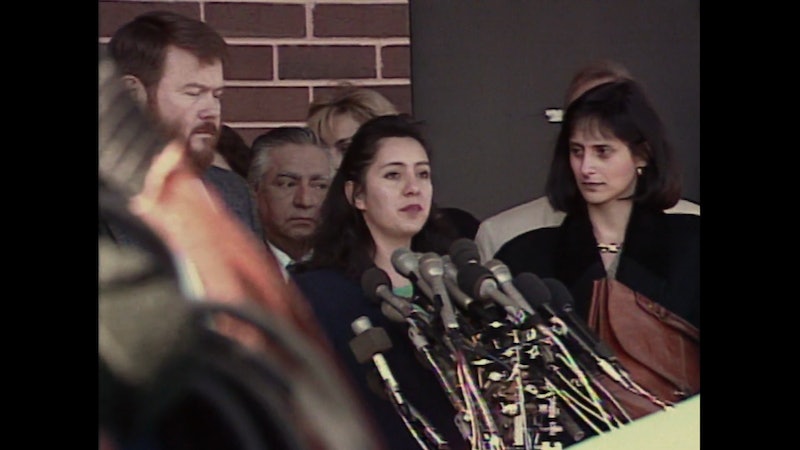 In 1993, Lorena Bobbitt committed an act that would become infamous around the country. Her story is re-examined with a new Amazon Prime documentary, Lorena, and those involved in the criminal proceedings also lend their perspectives. One of the faces featured is Paul Ebert, who prosecuted the Bobbitts' respective cases. Nowadays, Ebert has long put the case behind him, and is even leaving the courtroom behind for good.

According to a Washington Post article from early this month, Ebert announced he was retiring at the end of 2019 after more than 50 years with he Commonwealth’s Attorney’s Office in Prince William County, Virginia. Though he wouldn't go into specifics, he said health issues are the main reason for retiring at age 81. "I’ve always loved what I do, and it’s been a challenge to me," Ebert told the newspaper. "If it wasn’t for health problems, I would keep on cracking. My doctors have advised me not to run again."

He also said in a statement, according to the Prince William Times, that he planned to use his retirement to enjoy more leisure time. "Due to some recent health challenges I have decided that, after more than a half-century of service upholding the laws of our commonwealth, I am going to enjoy my family and friends and maybe get in a little fishing," Ebert said.

Per Rolling Stone, Lorena Bobbitt alleged that she endured "ongoing physical and emotional abuse," which led to her taking extreme action to protect herself. She cut her husband's penis off while he slept, and threw it in a field away from the home. During the Bobbitts' respective trials, both Lorena and John were acquitted, according to Vanity Fair — she of malicious wounding and he of marital sexual assault.

It was Ebert's job to prosecute both of them, and he can be shown in the documentary urging the jury to convict Lorena. "After you've heard [our case], you will believe that here is no justification for taking law into her own hands, and that she acted in anger and out of revenge. Under your oath, it is your duty to find her guilty," he says.

But though it was his duty to carry out prosecution against both parties involved, Ebert may have been conflicted about Lorena's innocence. Ebert reportedly "actively helped" Lorena's case, according to the Daily Beast, which noted some of the revelations present in Lorena:

And as [Lorena director Joshua] Rofé reveals, district attorney Paul Ebert actively helped the defense’s cause by leading a key witness to their doorstep, and then refusing to cross-examine her — a stunning twist that’s confirmed by Ebert himself, who merely flashes a sly smile when confronted with this tidbit during a new interview.

Oxygen also elaborates how Ebert was moved by that argument in Lorena's favor. The witness in question, Regina Keegan, called Ebert's courthouse after John's trial and told him that she saw bruises on Lorena's arms when visiting her for a manicure. "That son of a bitch," Keegan claimed Ebert said, per Oxygen. "If I had this I could have nailed that bastard." Ebert then forwarded Keegan to Lorena's team so that she could tell her story to the jury, and declined to press her testimony in court.

It's not often that a prosecutor is rumored to have helped his own opponent in court, but it seems as though Ebert may have doubts about the case he was arguing. He may be hanging up his robe this year, but his work won't be forgotten when it comes to Lorena Bobbitt's story.