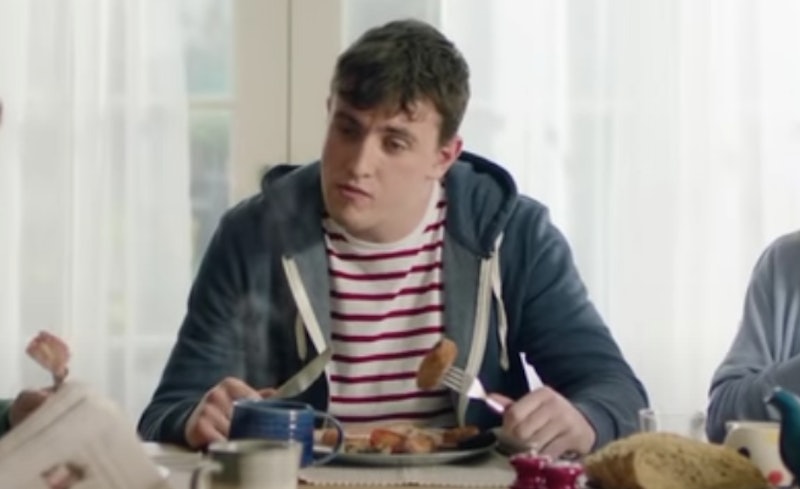 The BBC’s adaptation of Normal People is one of the biggest things to come out of the BBC in years and catapulted Paul Mescal and his dainty chain to heartthrob status. The onscreen chemistry between Mescal and his co-star Daisy Edgar-Jones had fans flocking to the BBC iPlayer website to watch their romance play out on repeat. But eagle-eyed fans realised it wasn’t the first time they’d seen the Irish star in action. In fact, Mescal starred in a sausage advert in 2018 and the internet is already going wild over the re-discovered vid.

After Normal People was released it was widely reported that it was Mescal’s debut role onscreen. But it turns out this isn’t strictly true. In 2018 the actor, who’d mainly worked on stage, took on the leading role in a Denny’s advert. A description for the Irish sausage ad it reads, “Henry Denny was a man who was always up for trying new things and stepping out of the ordinary, especially when it came to curing bacon. His unique and open attitude led to him inventing the rasher. In the spirit of the man himself, Seize the Denny.”

The ad is a little cheesy and sees Mescal play a young guy who is inspired to go travelling by the story of Henry Denny. He gets as far as a bus to Ballyhaunis.

However, fans love the revelation of Mescal’s previous role. One wrote on Twitter, “if you didn’t want Paul Mescal at his Denny sausages then you don’t deserve him at his Normal People.” Another said, “Imagine being Paul Mescal going from the Denny’s sausage ad to being the star of the show on Kourtney Kardashians insta story.” And similarly one fan wrote, “literally watched 12 full episodes of #NormalPeople wondering where I recognised Paul Mescal’s face from and it’s just clicked, that bloody Denny’s sausage advert lol.”