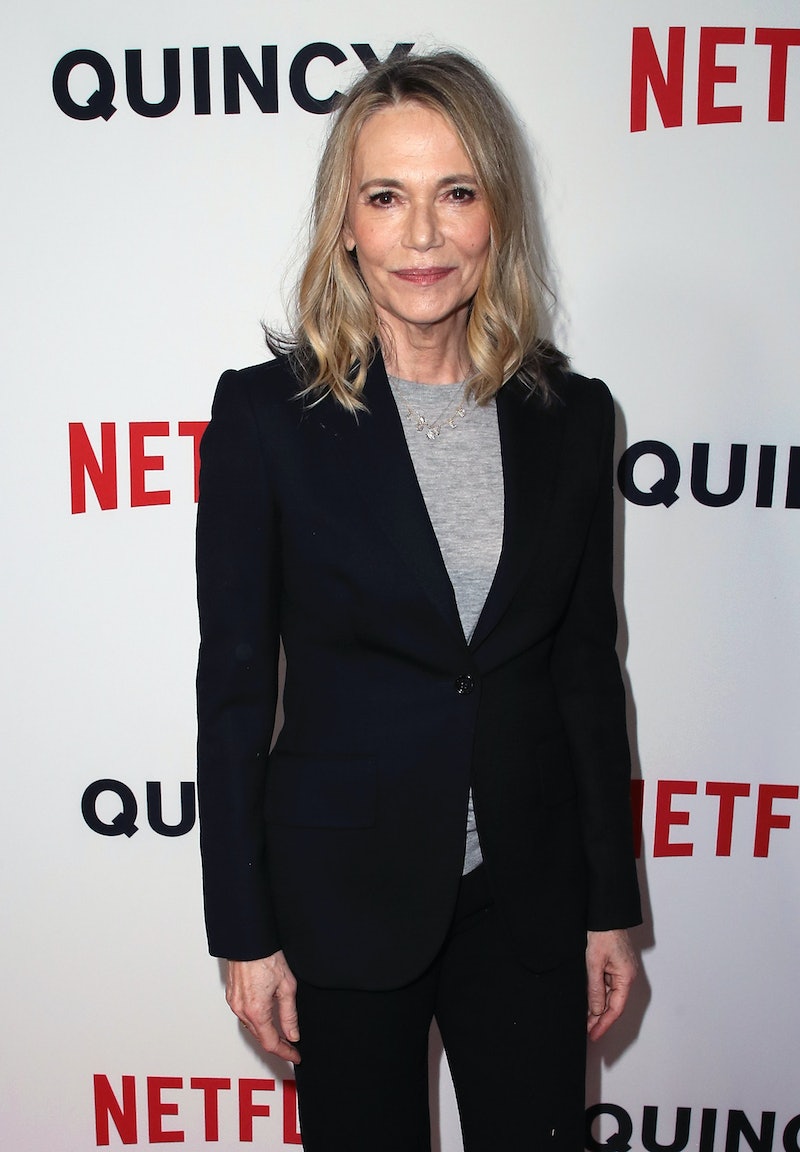 There's sad news for Hollywood this weekend. On Saturday, Peggy Lipton passed away at age 72, as reported by Variety. The actor and former model was best known for her roles in Twin Peaks and the counterculture police series The Mod Squad. Her daughters, Rashida and Kidada Jones, announced her death in a statement to the Los Angeles Times, who told the publication that their mother lost her battle with cancer. She was previously diagnosed with colon cancer in 2004.

In the statement in the Los Angeles Times, Kidada and Rashida reported that their mother passed away peacefully, and was surrounded by family. The sisters told the publication:

"She made her journey peacefully with her daughters and nieces by her side. We feel so lucky for every moment we spent with her."

Lipton had a long acting career and will be remembered for her iconic roles. She began modeling at age 15, and made her television debut on The John Forsythe Show in 1965, as per the LA Times. She appeared in several other series, such as Bewitched and The Virginian. Her big break was the role of Julie Barnes in The Mod Squad, a show about a group of hippie cops set in the counter-culture backdrop of the 1960s. Lipton's role in the show earned her a Golden Globe Award, as well as four Emmy Award nominations, according to Variety.

In 1974, Lipton married music producer Quincy Jones, with whom she had her two daughters. The couple separated in 1986, and Lipton then took time off from her career to raise her children. She returned to television for David Lynch's series Twin Peaks in 1989, according to Entertainment Weekly. On the show, she played Norma Jennings, owner of the Double R Diner. She reprised the role for the reboot of the series in 2017.

Throughout the years, she continued to appear in television and film roles. In 1997, she played Ellen March in Kevin Costner's The Postman, as well as taking on roles in Alias and Crash. More recently, she appeared in Claws and A Dog's Purpose. She also played Rashida's mother, Peggy Tribeca, on the TBS comedy Angie Tribeca. Lipton also made an appearance in Rashida's 2018 documentary about her father, Quincy, opening up about her ex-husband for the project.

Both of Lipton's daughters have followed in their mother's footsteps, pursuing careers as actors and creators. Kidada appeared in movies such as Intern and Empire, and more recently she collaborated with Disney as a clothing and jewelry designer, according to People. Rashida rose to prominence with her roles in television series such as The Office and Parks and Recreation. She also appeared in movies including The Social Network and Celeste and Jesse Forever, which she co-wrote.

Lipton's passing marks the loss of a major Hollywood figure, and she will be remembered for her iconic roles. The actor's daughters were clearly inspired by Lipton's artistic pursuits, and her family and friends will ensure that memories of her life and career are not forgotten.

More like this
Where Is Armie Hammer’s Ex-Wife Elizabeth Chambers Now After 'House Of Hammer'?
By Grace Wehniainen and Radhika Menon
How Much Are The 'Schitt’s Creek' Stars Worth?
By Hugh McIntyre
‘SNL’ Finally Spoofed Nicole Kidman’s Weirdly Beloved AMC Ad & Nailed It
By Stephanie Topacio Long
Jonathan Bailey’s BTS ‘Bridgerton’ Photos Celebrate 6 Months Of “Kanthony”
By Stephanie Topacio Long
Get Even More From Bustle — Sign Up For The Newsletter