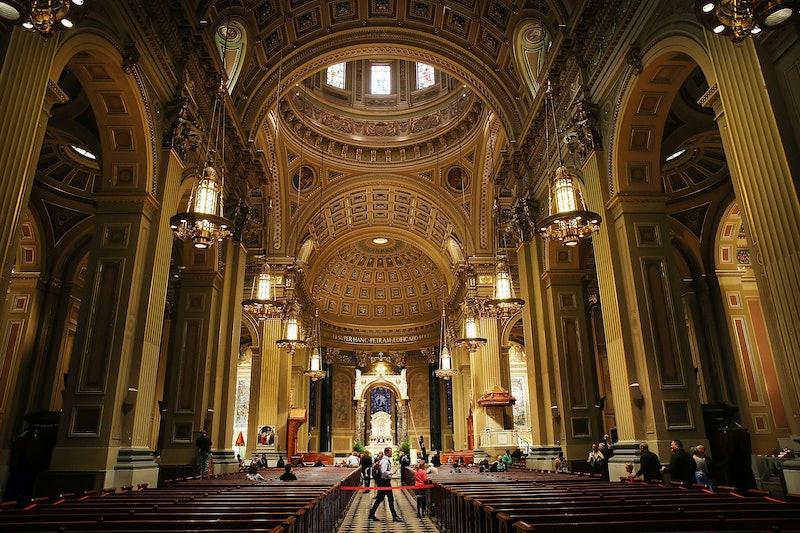 A stunning new report issued by a grand jury in Pennsylvania says over 300 Catholic priests sexually abused children across six of the state’s eight Catholic dioceses in the last 70 years. The authors of the report, which took years to complete, say that they believe that, even though they have identified more than 1,000 alleged victims, some abusers and victims still slipped through the cracks.

"We heard the testimony of dozens of witnesses concerning clergy sex abuse," the grand jury wrote in its report. "We subpoenaed, and reviewed, half a million pages of internal diocesan documents."

According to the jury, those documents contained "credible allegations against over three hundred predator priests." Victims were reportedly identifiable "from the church's own records."

"We believe that the real number — of children whose records were lost, or who were afraid ever to come forward — is in the thousands," they said.

Only two instances of alleged abuse detailed in the report resulted in charges, The New York Times reports. The rest had surpassed the statue of limitations. Under Pennsylvania law, alleged victims are no longer allowed to levy civil lawsuits against the church after they are 30 years old, according to several news reports. A group of activists are reportedly fighting to lift that age limit so that new charges can be pressed.

The grand jury's report was scheduled to be released in June, but was caught up in the courts as some people named in the report fought to have their names redacted, arguing that naming them would violate their constitutional rights, according to The Washington Post. Ultimately, approximately two dozen names were withheld.

"They wanted to cover up the cover up," Attorney General Josh Shapiro told reporters, according to NBC Sandiego. "My office is not satisfied with the release of a redacted report."

Still, Shapiro expressed satisfaction that the report was compiled and released.

"Today, the most comprehensive report on child sexual abuse within the church ever produced in our country was released,” he said, according to a Pittsburg CBS affiliate. "Pennsylvanians can finally learn the extent of sexual abuse in these dioceses. For the first time, we can all begin to understand the systematic cover up by church leaders that followed. The abuse scarred every diocese. The cover up was sophisticated. The church protected the institution at all costs."

"But we are not satisfied by the few charges we can bring, which represent only a tiny percentage of all the child abusers we saw," they wrote. They continued:

We are sick over all the crimes that will go unpunished and uncompensated. This report is our only recourse. We are going to name their names, and describe what they did — both the sex offenders and those who concealed them. We are going to shine a light on their conduct, because that is what the victims deserve.

Whether the fight to life the state's current statute of limitations is unclear. In the meantime, the grand jury has exposed a light on a particularly devastating 70-year history of deception and pain.