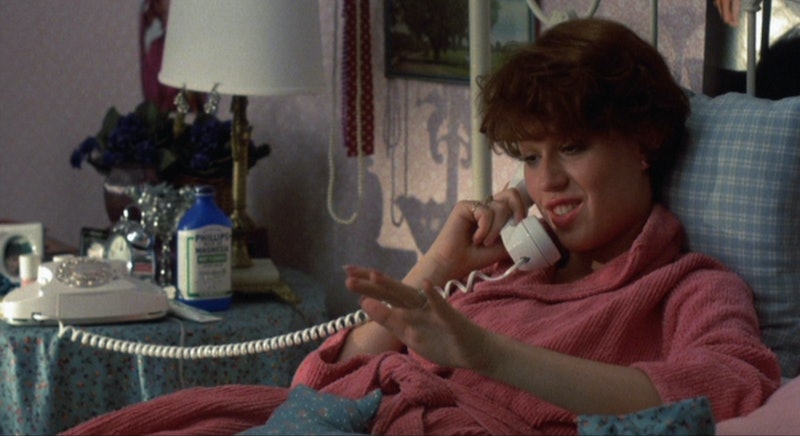 Universal Pictures
By Lara Rutherford-Morrison
May 15, 2017

A new askReddit thread asks, “People born after 1990, what intrigues you about life before then?” In the last 12 hours, lots of curious young people have submitted their questions about what life was like pre-1990, and helpful folks born in the olden times have chimed in to explain the pre-internet, pre-cell phone age, an era when every home had a landline with a curly cord, Donald Trump was just a real estate guy married to Ivana, and Netflix was not even a word. I’ve collected some of the chief questions and answers here, and, as someone who was — gasp — born in the ‘80s, I will also attempt to answer a few of these burning queries about the dark times. Provided I don’t expire from oldness in the process, at least.

Ahem. So maybe I’m a little bitter. Threads like this make me feel like I’m the ancient crone in The Princess Bride (there’s an ‘80s reference for you!), yelling “BOOOO!” at all the young people with their newfangled Snapchats and strobing and influencers and whatnot. The thing is, I’m not actually that much older than a lot of the ‘90s kiddos asking questions in the Reddit thread— but so much about the way that people communicate, learn, and move through the world changed in the ‘90s that the 10 year gulf between someone born in 1983 and someone born 1993 feels like a lot more than a decade. It feels like a whole different era.

1. How did people coordinate things?

Not gonna lie, coordinating meet ups before cell phones was a huge pain. Generally, it meant making firm plans, being on time, carrying around quarters for pay phones, and sometimes just missing people by accident when they got lost or were late. As redditors pointed out, people had to learn a lot more phone numbers back then — and punctuality was important.

2. How did flirting happen?

Flirting without texting or social media usually involved lots of passed notes and awkward conversations with people's parents. As one redditor pointed out, "Kids these days will never understand the terror of calling a girl's house and wondering if her dad would answer."

3. How on Earth did people study?

Students back in the day spent a lot of time learning how to use card catalogs. I remember that finding periodicals was especially tricky; you had to go through these giant indexes of subjects and sift through hundreds of subheadings to find out where magazine articles had been published on your topic — and then you had to go hunt down the articles themselves in paper copies in the library. Internet databases, journal archives, and search engines save so, so much time.

4. How did you get from one place to another?

5. What was the deal with pagers?

They could be a little complicated:

Logistics pre-cell phone were complicated, to say the least.

Memes might seem like a 21st-century phenomenon, but they've actually been around a long time — just in different formats.

8. How did you watch your favorite movies?

Thankfully, I was born in the age of VCRs, but before that, seeing your favorite movies more than once took dedication:

9. OK, but what about sexting?

Because dirty pictures have been around a lot longer than cell phones.

And there you go! That was life before the interwebs: Landlines, card catalogs, and being lost constantly. It truly was a different time. And now please excuse me while I shuffle back to the nursing home.

More like this
Starbucks’ Chocolate Cream Cold Brew Tastes Like This Retro Candy
By Emma Garza
When Did Tamagotchi Come Out? In The U.S., 25 Years Ago
By Kaitlyn Wylde
4 Zodiac Signs Most Likely To Be “That Girl”
By Kristine Fellizar
3 Most Charming Zodiac Signs, According To Astrologers
By Kristine Fellizar
Get Even More From Bustle — Sign Up For The Newsletter