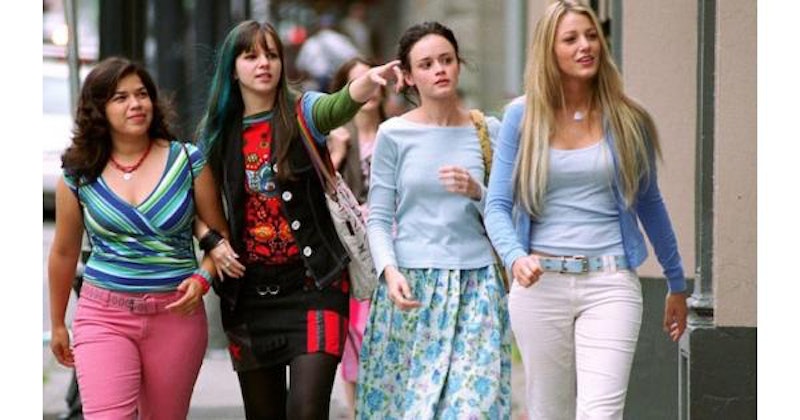 Many people believe that opposites attract in the most successful of relationships. But, a scientific report published in the academic journal Nature Communications might just change this assumption for good; researchers found that they may be able to predict friendships based on neural responses, as friends tend to react to things in a similar way.

The study, conducted by a research lab at Dartmouth College, is the first ever to "...examine the connections between the neural activity of people within a real-world social network, as they responded to real-world stimuli." In an effort to expand on previous research that explored how the brain responds to seeing someone you know in a natural setting, this experiment sought to explore how brain function is involved in the process of making friends by observing neural responses in the brain (i.e. by looking at the level of electrical activity caused by an external stimulus).

To conduct the experiment, researchers asked participants to view the same set of videos. Then, the researchers observed how the videos affected the brain through fMRI scans (a noninvasive method for measuring blood oxygenation levels in the brain, revealing its level of activity), and compared the scans to one another. A group of roughly 280 graduate students at Dartmouth participated in the study. The researchers estimated the participants' knowledge of and relationships with one another based on "mutually reported social ties." Forty two students had their neural activity recorded in an fMRI while they watched videos on topics as varied as politics, science, comedy and music. Each participant received the same instructions and watched the same videos in the same sequence.

After completing the tests, researchers compared the fMRI readings between sets of students to determine if pairs of students who were friends had more similar brain activity than those who were acquaintances or not friends at all.

The results reveal a significant amount of cognitive information previously unknown to the scientific community (and everyday people). Indeed, individuals who are friends are more likely to have similar neural responses to the videos shown than those who are not friends. Lead author Carolyn Parkinson, a formal postdoctoral fellow at Dartmouth and current director of the Computational Social Neuroscience Lab at UCLA explains, "Neural responses to dynamic, naturalistic stimuli, like videos, can give us a window into people's unconstrained, spontaneous thought processes as they unfold. Our results suggest that friends process the world around them in exceptionally similar way."

The similarities in activity within the brain were widespread, but most apparent within areas associated with emotion, attention, and high-level reasoning. This finding remained when researchers adjusted the experiment to control for factors like age, ethnic background, and whether someone was left-handed or right-handed. Interestingly, researchers were also able to use the information gathered from the fMRI scans to predict not only if two individuals were friends, but how strong the level of friendship was.

The study serves as a major development in the field of social psychology, and provides deep insight into just how important interaction with others is to our species. Senior author Dr. Thalia Wheatley reinforces this, explaining, "We are a social species and live our lives connected to everybody else. If we want to understand how the human brain works, then we need to understand how brains work in combination — how minds shape each other."

Another study published in the Journal Of Personality and Social Psychology back in 2016 that also examined romantic relationships revealed similar results. In an attempt to look more critically at the success of relationships between people with few similarities, researchers from Wellesley College and the University of Kansas found that the most successful relationships are formed by individuals who already share a number of basic similarities before meeting; and the level of similarity between two individuals could determine how quickly a relationship develops to begin with.

In short: whether based in brain chemistry, behavior, or personal beliefs, chances are your best friends are a lot like you.

More like this
How Ovulation Affects Your Sense Of Smell, Libido, & More
By JR Thorpe and Lexi Inks
I Spent 2 Years Trying TikTok’s Dating Advice
By Kailynn Johnson
Why Blake Lively & Ryan Reynolds Seem Like A Perfect Match, According To Astrology
By Nina Kahn
An Expert Weighs In On The Viral Raw Carrot Salad Trend
By Alexis Morillo
Get Even More From Bustle — Sign Up For The Newsletter
From hair trends to relationship advice, our daily newsletter has everything you need to sound like a person who’s on TikTok, even if you aren’t.