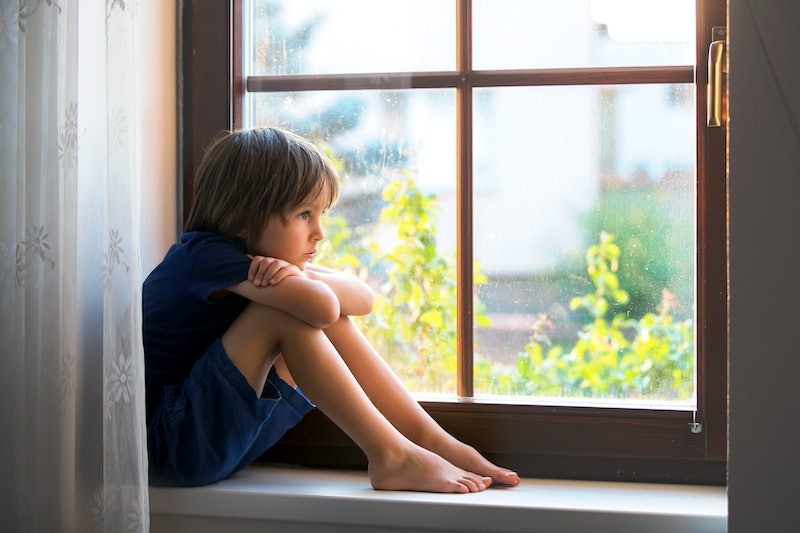 "Sticks and stones may break my bones, but words can never hurt me."

The damaging effects of bullying in schools are well-documented; initiatives like National Bullying Prevention Month have been established in response. But harassment at home can often be dismissed as typical sibling behavior — an outlook that trivializes the immense damage such an experience can have. As it turns out, the effects may be even deeper than realized previously. A study published by the University of Warwick in Psychological Medicine reveals people who are bullied by their siblings may be more likely to develop psychotic disorders later in life. It is the first study of its kind to explore the relationship between sibling bullying and subsequent onset of psychotic disorders.

Psychotic disorders are characterized by the inability to think clearly, make good judgements, or behave appropriately, according to WebMD. They are often associated with distorted thinking, hallucinations, and delusions. Those affected may struggle to complete normal, daily tasks, and in the most severe cases deal with persistent feelings of agitation, and thoughts of suicide.

According to the press release of the findings, Dr. Dieter Wolke spearheaded the research in the department of psychology at the University of Warwick in England. 3,600 children were chosen as participants from the Avon Longitudinal Study of Parents and Children (ALSPAC), a celebrated birth cohort study that intensely follows the lives of roughly 14,000 children from birth through their first two decades of life. Participants completed questionnaires about sibling bullying at 12 years of age, then later completed an extensive clinical examination about psychotic symptoms at 18 years of age.

According to Dr. Wolke's study, a factor that weighs heavily on this outcome is the frequency of bullying experienced. The experiment suggests that the more frequently a participant is involved in sibling bullying (in any respect: either as bully, victim, or both), the more likely they are to develop a psychotic disorder. Further, participants who report experiencing sibling bullying — as either a bully or a victim — several times a week or month, are two to three times more likely to develop a psychotic disorder.

The study found that participants with the unequivocal greatest risk of developing a psychotic disorder are those who are victims of sibling bullying, and those who both become victims and bully their siblings. It was also found participants subjected to bullying from more than one source or in more than one environment (at home AND at school, for example) have a four times greater risk of developing a psychotic disorder than those not affected by bullying at all. This would stand to reason, as a child who faces bullying both at school and at home has nowhere they feel safe.

Dr. Wolke interpreted these results, explaining, "Bullying by siblings has been until recently widely ignored as a trauma that may lead to serious mental health problems such as psychotic disorder ... Children spend substantial time with their siblings in the confinement of their family home and if bullied and excluded, this can lead to social defeat and self-blame and serious mental health disorder."

The tremendous impact of bullying by peers on a person's mental health later in life has been well-documented. Research out of Duke University found childhood victims of bullying to have noticeable increased risk of agoraphobia, panic disorder, and generalized anxiety.

In response to these developments, the researchers implore parents and health professionals remain cognizant of the long-term mental health consequences sibling bullying may have. They also advise comparable effort be given to establish interventions aimed at preventing sibling bullying, as is with peer bullying within schools.

More like this
Ashley Benson Revealed The Whole-Body Effects Of Her Anxiety On TikTok
By Stephanie Topacio Long
Emily Ratajkowski & Pete Davidson's Astrological Compatibility, Revealed
By Nina Kahn
This Company Will Send STI Tests Right To Your Door
By Lexi Inks
Bumble's "Compliments" Feature Lets You Message Before You Match
By Lexi Inks
Get Even More From Bustle — Sign Up For The Newsletter