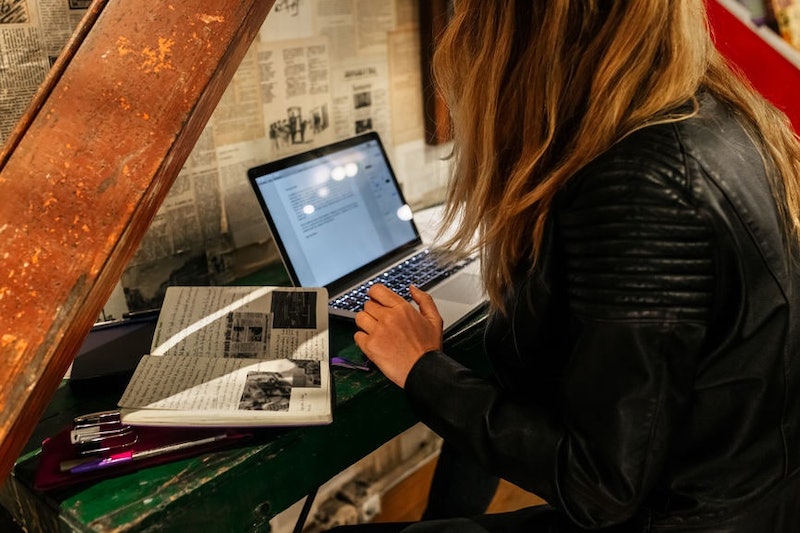 If Instagram is to be believed, everyone is their own boss now. Whether it's an Etsy shop, selling products at a market at the weekend, or DJing, monetising your hobbies and developing a side hustle is easier than ever. As a freelancer I have definitely felt the benefits of having a flexible work setup. And it seems others are pretty keen on it too. A new study has found that people would swap their holidays for flexible hours. It would seem that Dolly Parton was right all along and working 9 to 5 really doesn’t suit a lot of people. But how do you make the jump to become your own boss and what are the health pros and cons of the new way that a lot of people work?

Global job search site Indeed questioned 1,000 people about the hours they work, if they would like them to change, and whether they have something else on the side that brings in income. They found that 40 percent of people would swap their holidays for flexible working hours. Meanwhile, 45 percent of respondents said they had felt the benefits of hot-desking and 62 percent said they felt that having more flexible options at work would make them more productive. While a decade ago it was far more common to work Monday to Friday, nine to five things are changing.

According to the results, 22 percent of people now have side hustles alongside their full time job. It's incredible to be paid to do what you love and with more people investing in making money outside of work flexible hours are more important than ever. The opportunity to work more flexibly was deemed more important to respondents than opportunities for progression, a large holiday allowance, and strong company values.

While flexible hours and freelance work definitely have their benefits they're by no means perfect. Making money outside your full time job can lead to serious burn out. In the survey, 57 percent of respondents said they regularly work longer than their contracted hours, and 54 percent feel their careers are at odds with their lifestyles.

Behavioural psychologist, Emma Kenny worked alongside Indeed on the study and said in a statement, “workers are craving more flexible work environments to allow them to focus on personal interests and building a life outside of work. As modern workers, we optimise for happiness. And there’s a lot to be said for flexible options - companies that can and do offer flexible working tend to reap the rewards of happier and more productive employees.” She continued:

“In the near future, we expect more and more employers to start to offer flexible hours to meet the demand of employees, as society’s needs continue to adapt and change.”

With the development of technology, a 24 hour news cycle, and your phone now being glued to your person at all times the way we work has changed dramatically. Kenny and Indeed highlighted the four different types of workers. But which category do you fall into?

Many of us spend most of our life working, so enjoying what you do is so important. Working hard to progress, get the recognition you deserve, and the money to fund a serious ASOS habit is important but checking in with yourself is even more crucial. Burnout is a very real thing and while social media might suggest that if you want to be successful you can't have any days off that really isn't the case. Being open with your boss, working out what you need, and how you work best is a key way to achieving the elusive work life balance.