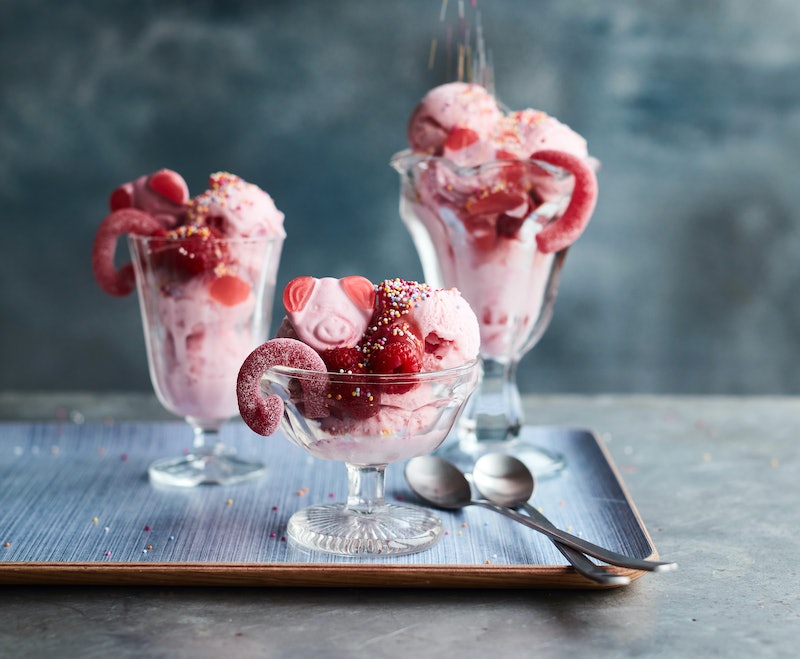 First came the gummies, then the juice drinks and cupcakes, the dessert sauce and even the Easter egg… Now the Percy Pig universe is expanding into brand-new territory, and taking over the frozen aisle, just in time for summer. Yes, M&S has launched Percy Pig ice cream, and it basically guarantees to sweeten lockdown for us all.

"Four words" read the tweet announcing Marks & Spencer's new launch, "Percy. Pig. Ice. Cream." The UK’s go-to fave sweet first launched in 1992 and now has its very own ice cream flavour. True to style, it tastes just like Percy Pigs: that classic raspberry and grape flavour, with a ripple of fruity sauce running through each soft, strawberry marshmallow-y scoop. The vegetarian-friendly ice cream is only £3 (for a 453g pot) and available to purchase now.

“Customers have been asking us for a Percy Pig ice-cream for a long time now,” says April Preston, M&S Director of Product Development, “so we’re very pleased to be able introduce one at a time when we could all use a little pick me up.”

When it comes to serving options, M&S suggests making “the ultimate float” with a dash of lemonade over two scoops of ice cream, or a dollop over a banana with some sprinkles for a nostalgic twist. Let’s face it, we deserve it.