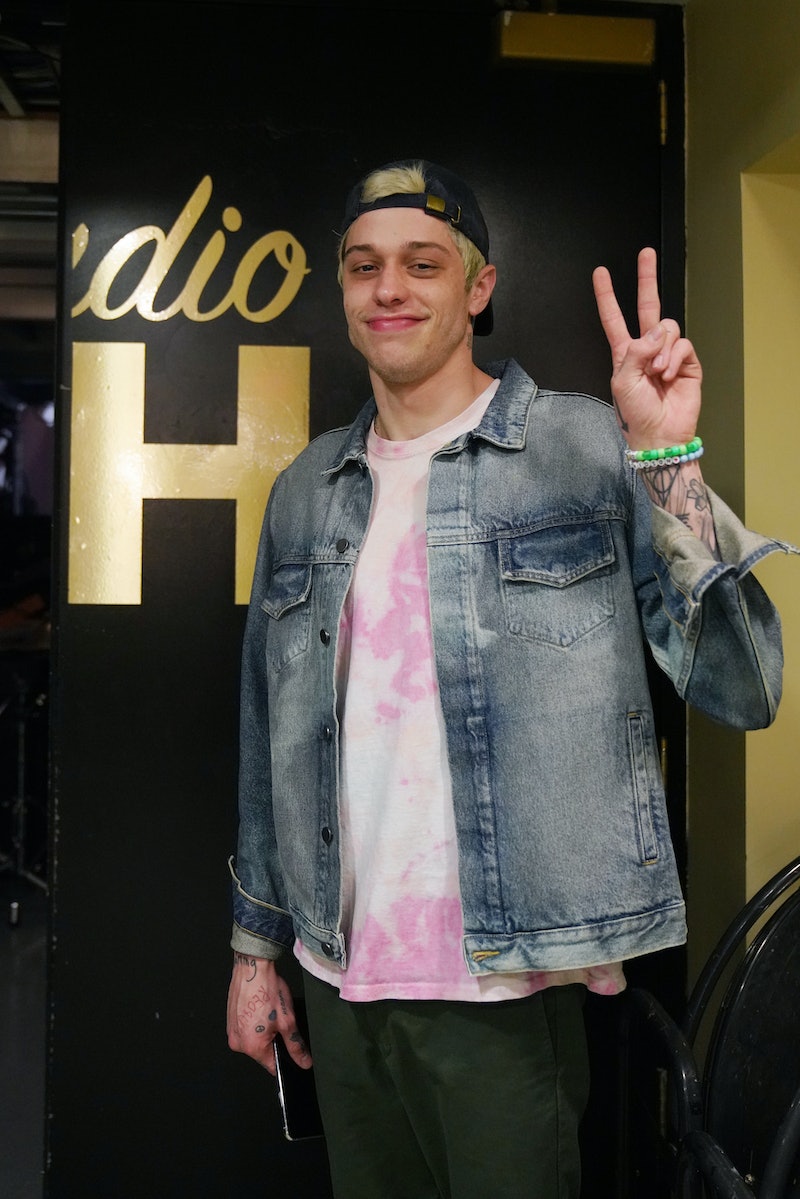 Just like every celebrity romance in Hollywood, Ariana Grande and Pete Davidson's story will never really end, even though their engagement did. Pete Davidson joked about Ariana Grande in his new Netflix special, Alive In New York, released on Tuesday, Feb. 25. And, for 10 minutes of his 45-minute special, he held nothing back.

Introducing his segment about Grande, Davidson explained that he initially was not going to talk about their whirlwind romance in his set. But, he said, he felt compelled to make some jokes after she spoke about Davidson in an interview with Vogue in July 2019, calling her relationship with him "an amazing distraction" from her split with Mac Miller and other issues in her life.

Evidently, Davidson was not pleased with her remarks, or, at least, he was unhappy enough to write some jokes about them. "Can you imagine if I did that? My career would be over tomorrow," he said. (To be fair, in that same interview, Grande said that she "loved" Davidson.) The comedian then took it one step further, saying, "If I spray-painted myself brown and hopped on the cover of Vogue magazine and just started sh*tting on my ex... it would be insane." (It should be noted that Grande's cover was specifically criticized for alleged brownface when it was released. So, the SNL star's joke was certainly not totally uncalled for.)

Grande has yet to respond to Davidson's jokes, but she has defended some of his controversial jokes involving her before. Bustle has reached out to Grande's representative for comment but did not receive an immediate response.

It wasn't all one-sided, however. Davidson did make some jokes about their relationship at his own expense, including jabs at how dating Grande raised his public profile, might have actually cursed him with the talk of BDE, and ruined a certain café chain for good. "She's a really powerful woman, that Ariana Grande. She's a very, very powerful woman, you know, and very smart," he said. "You gotta be to be able to ruin Starbucks for a person."

Throughout the Ariana Grande portion of his set, Davidson reminded the audience that these were "just jokes." And, in an interview before the special premiered, he made clear that he holds no ill will towards his ex. "I wanna be cool with everybody," he told Charlamagne Tha God on Monday, Feb. 24, before adding, "I feel like [Ariana] got her fair run and her fair stab at it."

Grande has "Thank U, Next." Davidson has Alive From New York. And maybe now that both sides have spoken their minds, this Hollywood romance can really be over.