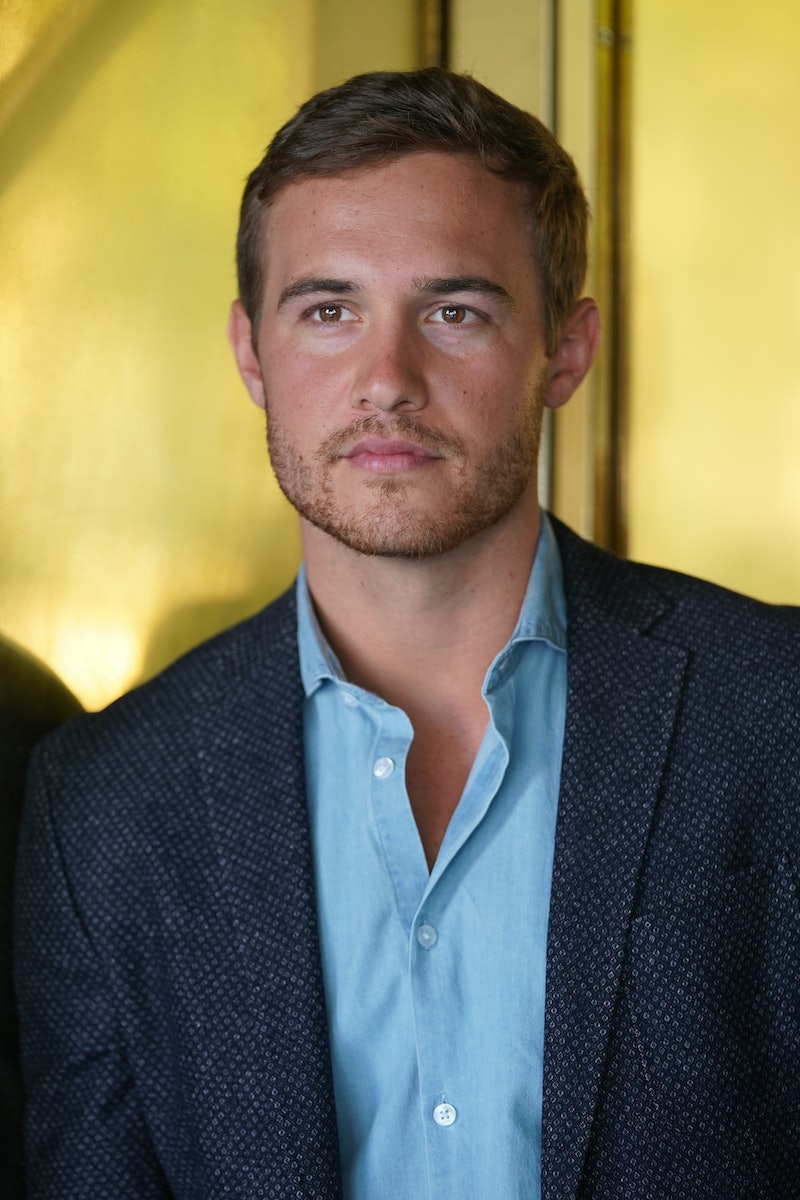 Like any good season of The Bachelor, Peter Weber's journey is bound to come with its fair share of drama. However, some of that drama already existed long before the charming pilot started handing out any roses due to the fact that Peter was chosen over fan-favorite contestant Mike Johnson, who many were hoping to see become the first black Bachelor in the show's history. But while Peter understands why fans wanted Mike to be the Bachelor, he also wants the chance to explain where he's coming from and why he opted to accept the job in the first place.

But before he dove into any of that, he wanted to make one thing very, very clear: "I love Mike," Peter told Entertainment Tonight during a recent interview. So regardless of who did or didn't become the next Bachelor, Peter has nothing but respect for his former fellow Bachelorette contestant. However, Peter also wants to point out that the decision wasn't ultimately his to make, but he's thankful for the opportunity to find his own happy ending.

"A, I didn't make this decision, right? I was very grateful to accept it and move forward, but listen, regardless of race, of identity or whatnot, everybody is deserving of love," Peter told the outlet. "And I'm not the only person. Mike would've been a great Bachelor. Tyler [Cameron] could have been a great Bachelor. They picked me and I'm very excited and very humbled and I can't wait for this journey to begin." And he isn't the only one. Peter himself has plenty of fans in his corner, including Charlize Theron who is looking forward to seeing where his Bachelor journey takes him.

Of course, Peter expected that the issue of race and diversity would be brought up when he was crowned as the next Bachelor, but he hopes that his journey to find love broadens not only his mind but the mind of viewers as well. "I'm all for diversity and I'm excited for this journey to maybe date some diverse women that I haven't dated before," he stated. "I haven't found my person yet, so maybe I just haven't been dating the right type of person."

For his part, Mike has spoken out on the matter as well, telling Entertainment Tonight in a separate interview back in September that he was hoping to see more representation on The Bachelor than what he's seen so far. And while he was excited for Peter and offered him his congratulations, he also thinks the show is capable of doing so much more. "Peter has a Cuban mom, but let's just be honest — he's white, right? And that's just being completely transparent," Mike told the outlet. "I think that there should be an Asian lead, an Indian lead... diversity is not just black and white. It's not just salt and pepper."

There's no doubt that Mike would've made an incredible, ground-breaking Bachelor. Let's just hope Peter is able to make the most of this experience, just like Mike would've done.