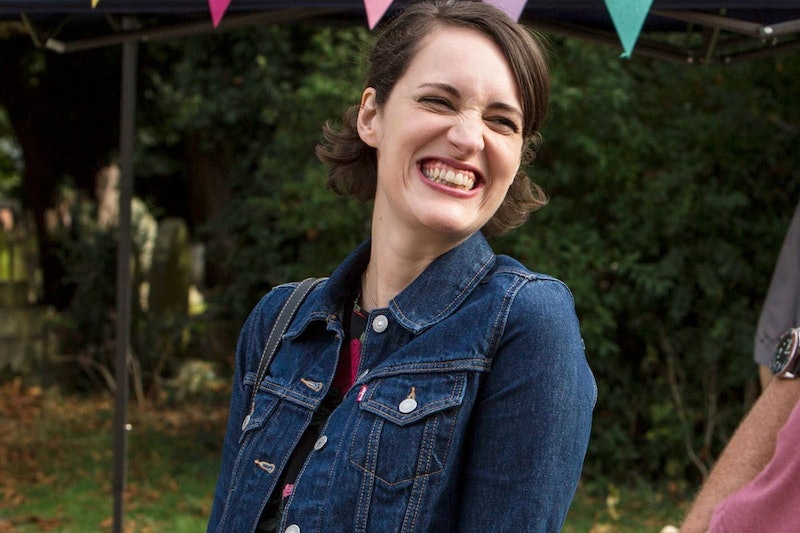 News that Phoebe Waller-Bridge will be brightening our quarantine by bringing the stage version of Fleabag to Amazon was exactly what we need in week three of lockdown. And the fact that she's doing it in aid of helping those affected by the pandemic just makes it all the better.

Recorded in 2019, the theatrical production will be available to download on Amazon for a 48-hour period across the US and the UK for £4 ($5) from April 10. The UK and Ireland can get early access streaming the play on Soho Theatre’s On Demand webpage from April 6, where Canada, New Zealand, and Australia can also watch from April 10.

Starting out as a solo show performed by Waller-Bridge at the Edinburgh Fringe back in 2013, Fleabag was adapted into a sitcom in 2016 that has since gone on to become a worldwide cult hit, garnering major awards along the way. After the much-loved TV show came to a close in April 2019, Waller-Bridge brought back the stage play, selling out shows at the Wyndham Theatre and Off Broadway. Directed by Vicky Jones, the revived production made its debut screening at British cinemas back in September 2019 in association with the National Theatre NT Live Program.

Honouring fellow creatives, all profits made from downloads of the play over the next few days will be sent to UK charity Acting For Others, which supports theatre workers in times of need, as well as The National Emergencies Trust and NHS Charities Together. Proceeds will also go to the recently launched Fleabag Support Fund, set up to issue £2,500 ($3,067) grants to freelancers in the theatre industry who have fallen on hard times since the pandemic. The U.S. organisation that will benefit from the money raised will be announced soon.

Speaking in a statement about the initiative, Waller-Bridge said, “Thank you to all our partners and to the creative team who have waived their royalties from this production to raise money for such vital causes in this unbelievably challenging situation. All money raised will support the people throughout our society who are fighting for us on the frontlines and those financially devastated by the crisis, including those in the theatre community."

Funding was kickstarted by Waller-Bridge, her production company DryWrite, the digital ticketing platform TodayTix, and an anonymous donor, who together donated $356,000 ($436,000). Distributions to various organisations have now begun.

If you would like to donate, please visit Fleabag Support's GoFundMe page.