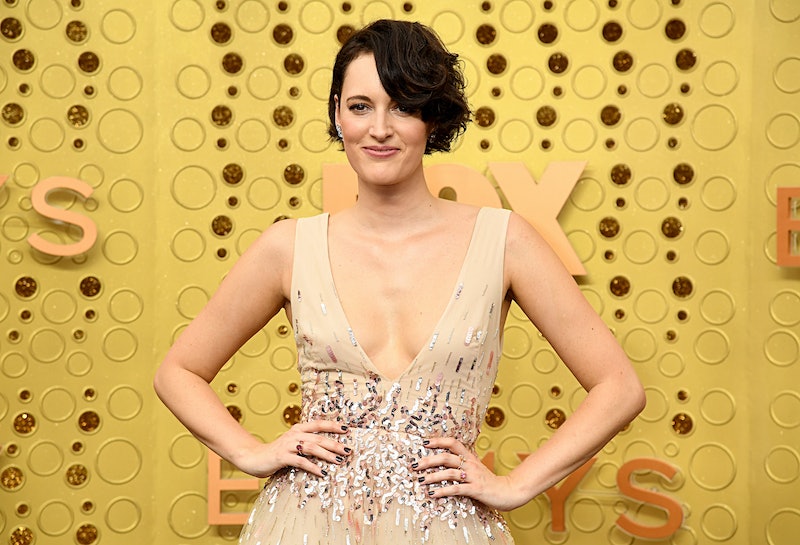 The fate of Fleabag may still be up in the air, but the future of its lead star and creator has never seemed brighter. In fact, Phoebe Waller-Bridge discussed ideas for her next project during a recent interview with Vogue, revealing some of the potential themes she's been kicking around in her head lately. And if you think she's looking to tackle topics that are a little less taboo, think again. As a matter of fact, if she has her way, her next endeavor will be a lot more political.

“I feel like I might scale up a bit,” Waller-Bridge said when asked about her plans for the future. "“I’ll scale up in terms of gradually getting bigger with my themes and stuff, and I feel maybe I want to start thinking more politically, more globally. I don’t know, but I can feel something bubbling." The remark may feel a bit vague and doesn't really go into many (if any) details about what that could mean. But, lately it seems as though everything Waller-Bridge touches turns to entertainment gold, having won three Emmys for Fleabag (Best Writing, Best Comedy Series, and Lead Comedy Actress) this year alone. Then there's her highly addictive BBC America creation, Killing Eve, which has also won several awards throughout the past two years. So if she is ready and willing to impart her wisdom and genius about the world of politics, then so be it.

Typically, Waller-Bridge isn't afraid to tackle the hard-hitting subjects, regardless of how uncomfortable it may make some people feel. However, she revealed in her interview that there was one time when she pulled the reigns in a bit. As she told Vogue, her recent Saturday Night Live monologue had originally incorporated “much harder jokes about America," but ultimately, she decided to change things around at the last minute, believing them to be too inappropriate.

The writer chose not to reveal the exact joke, but she hinted that they were specifically about women's rights. “Just about the abortion laws, the kind of stuff you can’t get your head around," Waller-Bridge teased. "The fact that the world has gone backward in this way, and actually in some frightening sense, in so many ways, women have a louder voice, are more empowered these days, and then in these other really insidious ways, blatant ways, we’re being marginalized again." It's exactly these themes she'd like to explore in future work. "I’d really like to write something about that. I don’t know what it is yet," she teased.

Considering she just recently signed a $20 million deal with Amazon Studios, as reported by Variety, fans should get ready to see more Waller-Bridge content soon, no matter what it's about.