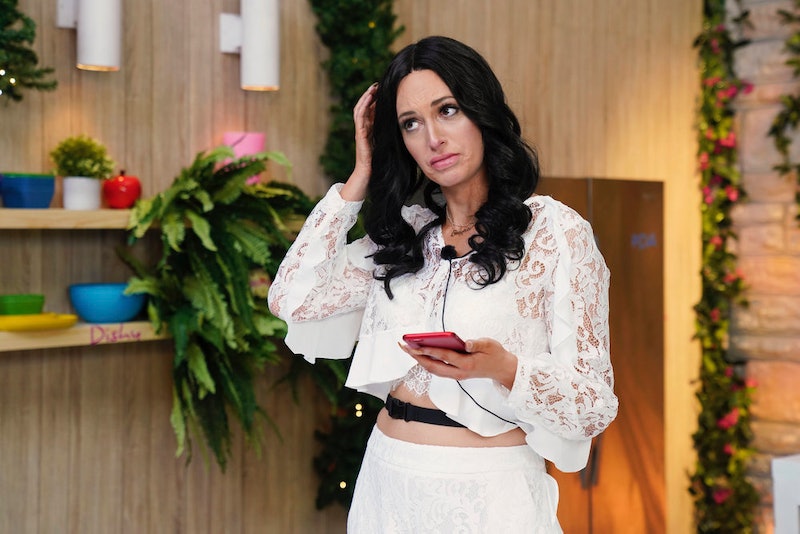 Despite being an American show, Saturday Night Live's writers often look across the pond for inspiration. While the accents are often questionable, they certainly have a knack for capturing the English essence in sketches. This is especially the case when a British host is involved, and Phoebe Waller-Bridge's hilarious Love Island skit on SNL over the weekend is a perfect example.

Embracing her inner Essex goddess, Waller-Bridge took on the role of Bella-Rosa, whose "dad's a builder and mum's a pub". Donning a plumped up bottom lip and serving some truly relatable Love Island banter, the Fleabag creator led the SNL cast through a fantastic parody of the dating show — even with their questionable British accents.

Despite the absence of an Iain Stirling impression or an appearance from the Flack-Attack, an array of recognisable Love Island tropes were delivered to a T. From the absurdly realistic islander introductions to the fantastic replication of the villa, the SNL writers deffo did their homework to make this parody look as familiar as possible.

And if that wasn't relatable enough, the voiceover reminds us all that "you will watch 50 hours of this — you think you won't, but you will." Wow, called out much.

Of course, this wasn't the only sketch that Waller-Bridge was involved in during her appearance on Saturday Night Live. The actor starred in the continuing 'War in Words' sketch, which last appeared with Claire Foy in 2018. Here, Waller-Bridge played the role of Lydia, the wife of an English fighter pilot as they exchange increasingly erratic letters.

Although, her best performance of the night was definitely in the 'Kaylee, Crystal & Janetta' skit. Speaking in a remarkable southern American accent and starring alongside SNL greats Kate McKinnon, Cecily Strong, and Aidy Brant, the actors tried their hardest not to break while trying to berate (and flirt) with their mutual ex-boyfriend Gerald.

Waller-Bridge also started the night off with a fantastic monologue, where she spoke about how as a Brit she finds everything embarrassing, and that "this monologue is probably the most embarrassing thing [she's] ever done." She then went on to speak about the now Emmy-award winning Fleabag, "which is about a woman trying to navigate her life in London", and how people often associate her with her character. "Sexually depraved, foul-mouthed, and dangerous. And I always have to say to [people], 'Yes. You're absolutely right'."

As The Atlantic points out, it's no surprise that Waller-Bridge was in her element delivering that monologue, as Fleabag "was originally written as a one-woman show." It's clear that her confidence and comedic timing from that shines throughout her hosting gig on SNL right from the start, and continues throughout the sketches she was involved in.

Hosts of Saturday Night Live are known to return to the Studio 6H stage time and time again, so it wouldn't be at all unusual if Waller-Bridge were to return pretty soon.

I mean, if there were any Brit that could easily become an SNL regular, it would be Waller-Bridge. Amirite?

More like this
Charlotte Tilbury Muse Phoebe Dynevor Triples Her Income In One Year
By Catharina Cheung
Michael Owen Sheds Light On Why Gemma From 'Love Island' Is Oh So Serious
By Maxine Harrison
Yes, Luca Bish Really Doesn’t Drink Alcohol
By Shahed Ezaydi and Sophie McEvoy
'Love Island’s Latest Bombshell Has His Mind Set On One Girl In Particular
By Sophie McEvoy
Get The Very Best Of Bustle/UK