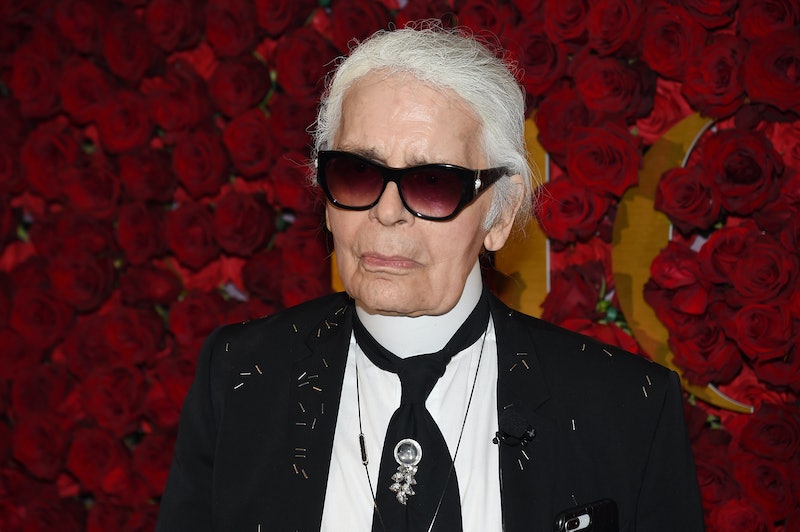 Legendary Chanel designer Karl Lagerfeld has died at age 85. Lagerfeld reportedly passed away in Paris. Photos from one of Karl Lagerfeld's final Chanel shows last month display the creative genius for which the fashion icon was long known. Chanel's Spring 2019 couture collection show made reference to the 18th century, while the scenery evoked a sun-splashed Italian villa. It included a mix of tailored tweed suits, along with cocktail and evening dresses that relied on the most fabulous of details, according to Vogue.

Lagerfeld served as the Creative Director for the vaunted fashion house since 1983 and was credited with reviving the brand. Details about his death, which reportedly occurred on Tuesday, Feb. 19, are still coming to light. The designer, known for his signature silver hair, black sunglasses, and black leather fingerless gloves, as well as his outspoken and somewhat controversial nature, also worked as the Creative Director for Fendi. Lagerfeld had an eponymous fashion line, too.

As Women's Wear Daily reports, the iconic designer did not come and take a customary bow at Chanel's couture shows in Paris on Jan. 22, something he has done for many years. The brand issued a statement to the press, confirming that Lagerfeld skipped the bow because he "feeling tired," but did not share any further information. His studio director and longtime associate Virginie Viard appeared in Lagerfeld's stead and at his request.

At the show, models walked among swimming pools — including this one, who wore a bejeweled bridal swimsuit accompanied by an epic veil.

Teased hair and fabulous dresses defined the Chanel show and its looks.

The punk rock hair and dramatic makeup, such as defined and darkly-rimmed eyes and statement lips, were a stunning contrast to the structured tweed. In this case — pink tweed.

This structured dress was a work of art — from the cropped jacket to the mermaid hem.

The base of this suit was simple. It was elevated by the details. The furry, blue trim were a lovely exercise in opposites.

Florals factored into much of the show, as well. The models' hair didn't just have height. The coifs also had adornment.

The looks and the designs were strong and powerful.

Some of the dresses played with volume and texture, as well. This poufy frock gave off all of the '80s vibes. But it never felt retro or dated. Therein lies the brilliance of the designer and his team.

The interplay between some of the more structural clothes and the edgy hair and makeup was really fun and whimsical.

It's hard to pick a favorite look from all those that strutted around the show. The toughness of the leather jacket was a terrific juxtaposition to these feathery bottoms.

It was a legitimate visual feast — from the clothes to the location. While many fashion fans didn't know at the time that this show would be a swan song of sorts, it demonstrated typical Lagerfeld brilliance.

Lagerfeld's influence in fashion will be felt for years to come.