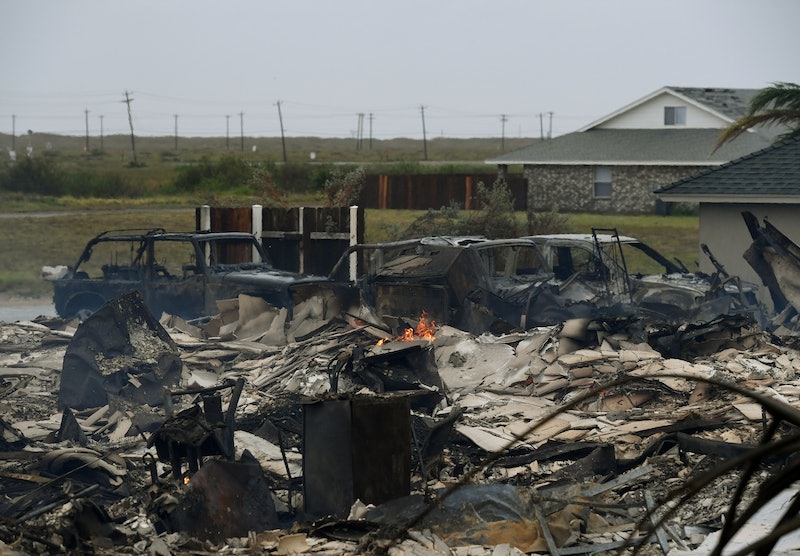 After making landfall just northeast of Corpus Christi, Texas, on Friday night, Hurricane Harvey has devastated Southeast Texas — and photographs circulated by journalists show just how badly. Images and videos shared on Twitter show deserted communities where vehicles have been smashed by trees, flood waters have overrun roads, and fire has destroyed property.

Nonetheless, despite the post-apocalyptic feel to many of the visuals of post-Harvey Texas, there were still small, beautiful moments: a wind chime that managed to stay attached to a porch roof, the eery calm of the eye of the hurricane, as captured by storm chasers.

And though Hurricane Harvey has weakened significantly and will continue to do so in the coming hours, elected officials warned the public that the recovery process will take many days due to continued rainfall and extensive flooding.

This is still going to be a major rain event for the city of Houston and Harris county. This is just day one. We're anticipating a lot of rain over the next four or five days. We anticipate there will be flooding.

According to The Washington Post, Harvey had brought 15 inches of rain in some Texas communities as of 10 a.m. CST.