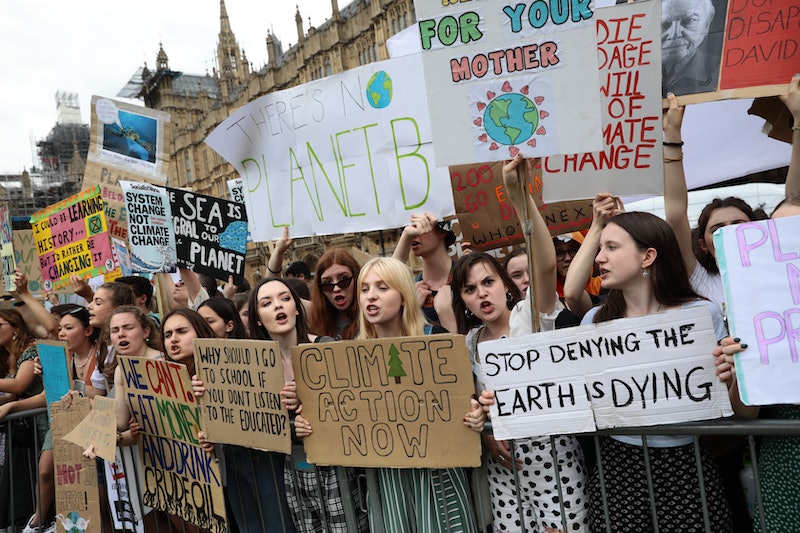 On Friday, students in over 125 countries walked out of class to protest government inaction on global warming, CNN reports. It's the second time in three months that students around the world have marched out of class to demand stronger measures to fight global warming, and photos of the students' climate strike show that their movement is gaining some serious momentum.

"Since March we have witnessed an entire narrative shift around climate breakdown," organizer Jake Woodier of the UK Student Climate Network (UKSCN) told CNN. "The climate crisis has been driven right to the top of the agenda and politicians and the media are starting to at least have conversations about the need for action."

Many credit the recent wave in climate change activism among young people to the efforts of 16-year-old Greta Thunberg. In 2018, the Swedish student began protesting in front of her country's parliament every Friday to demand stronger policies to fight climate change, and students around the world began joining her, using the #FridaysforFuture hashtag to amplify their efforts on social media. Thunberg spoke to the United Nations in December, and was nominated for a Nobel Peace Price in March.

The March protest drew an estimated 1.6 million people, according to CNN, and the movement is still going strong two months later. Here's what Friday's global climate strike looked like.