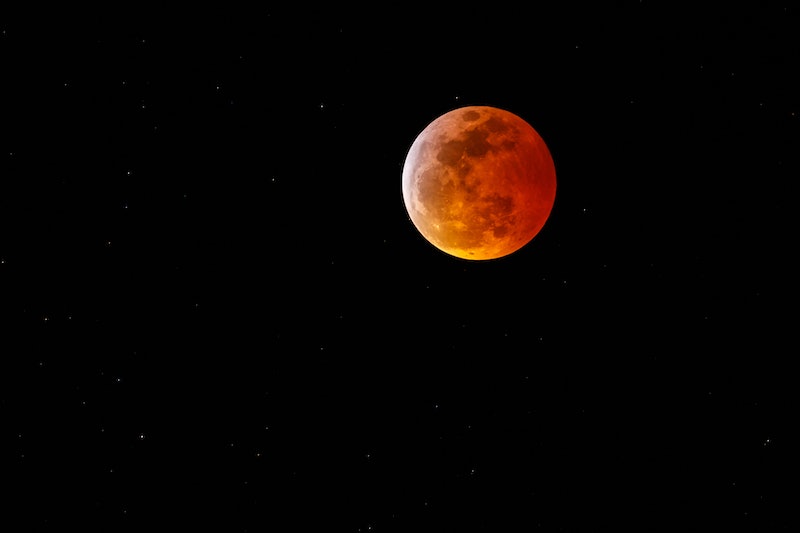 All the amateur astronomers and space fans had a field day early on Sunday night or Monday morning, depending on where in the world they were. That was when the 2019 total lunar eclipse appeared in the sky, and now millions of people have shared their own photos of the "super blood wolf moon."

While lunar eclipses in general aren't particularly rare, super blood wolf moons are. Each element of the name explains something different about the eclipse, as Fortune explained. Lunar eclipses are also known as "blood moons," because an eclipse, the Earth blocks the sun's light from reaching the moon's surface directly. This mean's that you're actually seeing the moon in the shadow of the Earth, where it appears red. A super moon occurs at the time when the moon is closest to the Earth in its orbit, so it appears slightly bigger in the sky. A wolf moon, finally, is a full moon that takes place in January. These four conditions rarely occur at the same time, so the super blood wolf moon is truly a special thing.

A significant segment of the global population was able to see this total lunar eclipse: both North and South America, along with parts of Europe and North Africa, as the BBC wrote. This means, among other things, that the photos coursing through Twitter in its aftermath are truly something to behold.