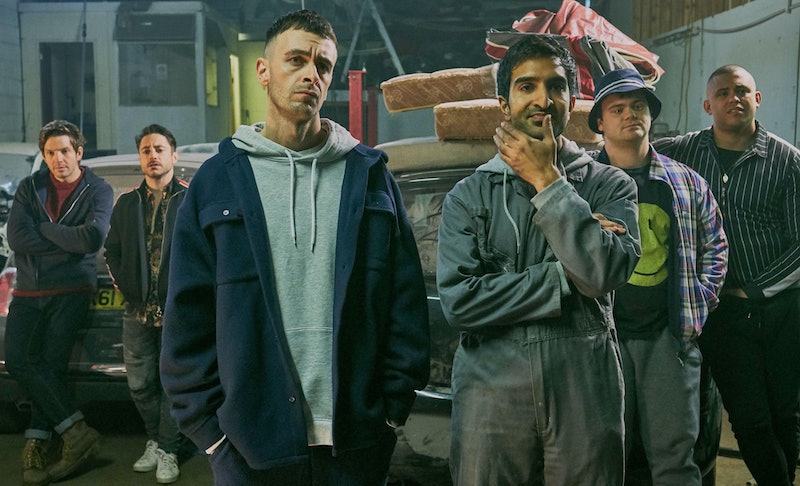 I bet you've got a bit of a gap in your viewing schedule right now. Summer time is an excellent time for a bit of reality TV and some mega block buster movies. But guys, what about a bit of homegrown comedy? It's been a while, right? Well don't worry your little cotton socks because Sky One has been busy readying a hilarious new comedy series. The first-look photos from Sky One's new comedy Brassic show not only a lot of promise, but a bit of a dreamy cast as well.

Hot on the heels of smash hit show Sally4ever, Sky has come through with another banger. Brassic comes from the minds of Joe Gilgun and BAFTA-winning writer Danny Brocklehurst.

For those not in the know, the show's title "brassic" is slang for being "broke, penniless, without means, boracic lint-skint, on the bones of yer arse," according to Sky.

Ah yes, something we can all relate to. However guys, there is a lot more to this show that (hopefully) you can't necessarily relate to. And that is the murky AF world of crime. Oh yes guys, a comedy all about the lives of some brassic folks driven to a world of criminality.

The show tells the story of Vinnie (Gilgun) who is living with bipolar disorder and his best mate Dylan (Damien Molony). The pair of Lancashire lads are ride or die pals, whether that's a good thing or not. However, a spanner is thrown in the works when Dylan's girlfriend Erin, (Michelle Keegan), decides she wants out of their hometown town and make a fresh start for her and her child. Leaving Dylan with the impossible decision of choosing between a fresh start with the love of his life or to stay with his best mate and gang of pals.

The story of this gang of working class lads trying hard to keep their heads above water in Northern suburbia is one of ups and downs. It will bring the LOLs, emotion, and above all tell the tale of best mates trying their best to get by.

If some of the cast are recognisable here's why. I'll bet you know Gilgun from starring roles in This Is England and Misfits. Gilgun has bipolar disorder like his character and spoke about how great it is to play a character he can empathise so much with.

"I'm truly humbled by the opportunity. We've got an amazing team of creators and watching it all take form has been very moving. Bipolar is a big part of my life. We want to show that you can have mental health issues and in some cases live a productive, exciting life, full of adventure," he told Sky.

Molony is known best for his starring role in Peaky Blinders and Michelle Keegan is of course recognisable as the lead actor in Our Girl.

The show premieres on Sky One on Aug 22 and the whole series will be available on Now TV on the same day.