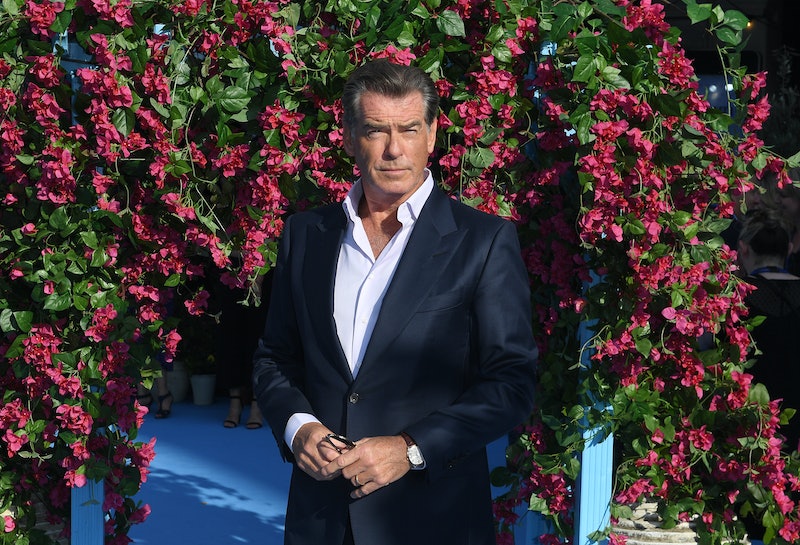 Some things in life are more important than others. Time with family, caring for others, chill time, and the annual event that is Eurovision. Celebrated across the globe, it's a chance to pick a country to support and get wild to some outrageous and probably weird music. But you know what's a bit strange? Considering the huge deal the annual all singing, all dancing event is — nobody's made a film about it. Until now that is. Yes guys, Netflix is making a Eurovision film. And when you hear all about the cast, you might need to sit down.

As Deadline reports, the film, imaginatively titled Eurovision, is set to be released on the streaming platform in 2020 and has a cast that will make you burst with excitement. The Irish former Bond and consummate babe Pierce Brosnan will be piercing the screen with his redonk eyes. Rachel McAdams will be flexing her comedy chops once again and guys, Will Ferrell will be in it. A man whose name does all the talking really.

With a cast like that, do you even really need to worry about content? But, you guys, this film looks like it's actually going to be so lit. Let me tell you all about it while you hum your favourite Eurovision tunes.

Eurovision is all about a pair of Icelandic musicians, Lars Erickssong and Sigrit Ericksdottir, who have been trying to slay the international market and become global superstars for years. They're played by Ferrell and McAdams, and guys I could just burst into song from excitement.

Brosnan will play Erickssong's father Erick, with whom he has a difficult relationship. According to Netflix, in the film Erick is apparently known in Eurovision circles as the "most handsome man in Iceland." So yeah, good casting call there guys. Swoonage.

The film is directed by David Dobkin. The same man who directed Wedding Crashers and Fred Claus so you know he knows how to bring the LOLs. And with the Eurovision Song Contest, there's a heck of lot of material waiting to be used.

The competition has been running for quite a while now. As a matter of fact, the first ever Eurovision was held back in 1956. According to the Eurovision website, they only had a measly seven countries involved And look how far it has come since then. And they also report that last year a massive 42 countries competed. Not only has it grown and grown, but it's been the platform for some huge international stars to become world famous, as Digital Spy notes. Celine Dion is an obvious one. She won the competition back in 1988 with her anthem Ne Partez Sans Moi which was and remains a complete effing banger. Other huge stars like Cliff Richards, Olivia Newton, and Lulu have also competed in the annual singing event.

The competition has grown and evolved to a huge international event watched all over the world. Interestingly, Australia have taken part since 2015. Which is obviously a bit confusing as last time I checked, Australia is very far away and definitely not in Europe. Well according to iNews, their addition was made to celebrate the 60th anniversary of the event. Considering last year's entry from our Aussie pals — it's a more than welcome move from the event organisers.

There is however, no news on whether the Aussies will feature in the film or not.