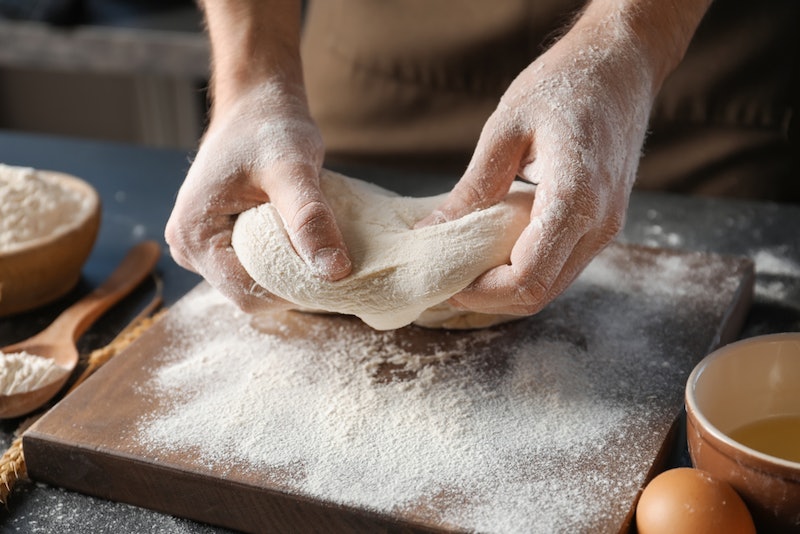 Time and time again, we are reminded that eating raw cookie dough, while delicious, is not a good idea. Consuming products containing raw egg is associated with risk for salmonella, while the flour in the dough can also be linked to harmful strains of E. coli bacteria. But if that’s not enough to persuade you to drop your spoonful of the stuff, a recent recall of flour just might convince you. Some Pillsbury Unbleached All Purpose Flour products were recalled earlier this week in a voluntary recall by Hometown Food Company due to concerns that they might be contaminated with salmonella.

According to a tweet from the U.S. Department of Agriculture, the potentially contaminated products were sold at grocery stores including Publix and Winn-Dixie. CNN reported that roughly 12,185 cases of the flour were distributed for retail, and no other Pillsbury products were affected by the recall. A USDA tweet disclosed the lot codes of the products as 8 292 and 8 293, with “best if used by” dates of April 19, 2020 and April 20, 2020.

In a statement, Publix advised consumers who had purchased the products “not to consume them,” instead to throw the products away or return them for a refund.

The Centers for Disease Control (CDC) has said, in a past announcement related to a separate flour recall, that “flour is typically a raw agricultural product,” meaning it’s generally not treated to kill germs including E. coli. “Harmful germs can contaminate grain while it’s still in the field or at other steps during flour production. The bacteria are killed when food made with flour is cooked,” writes the CDC. “This is why you should never taste or eat raw dough or batter—whether made from recalled flour or any other flour.”

In 2016, an E. coli outbreak associated with raw flour left 63 people ill. So far, Winn-Dixie said in a Mar. 8 statement that there had been “no reports of any illnesses associated with this recall.” While food poisoning symptoms can range for each individual from mild to more severe, depending on the germ you’ve encountered, symptoms of E. coli infections generally involve vomiting, painful stomach cramps, and diarrhea (which may also be bloody).

For salmonella infections, symptoms usually appear six to 48 hours post consuming the contaminated product. They may include fever, diarrhea, and stomach cramps, with the sickness lasting four to seven days in the majority of cases. The illness can be considerably more dangerous for some populations, including older adults, infants, and people with weaker immune systems.

Some tips the CDC recommends to steer clear of health risks: clean your cooking area thoroughly after dealing with flour, eggs, or dough, and don’t mix in homemade cookie dough if you’re an aspiring at-home ice cream chef. Store-bought cookie dough ice cream is specifically treated to kill harmful bacteria, so stick to that for your ice cream fix. Regardless of how tasty raw dough may be, it definitely isn’t worth messing with your health.