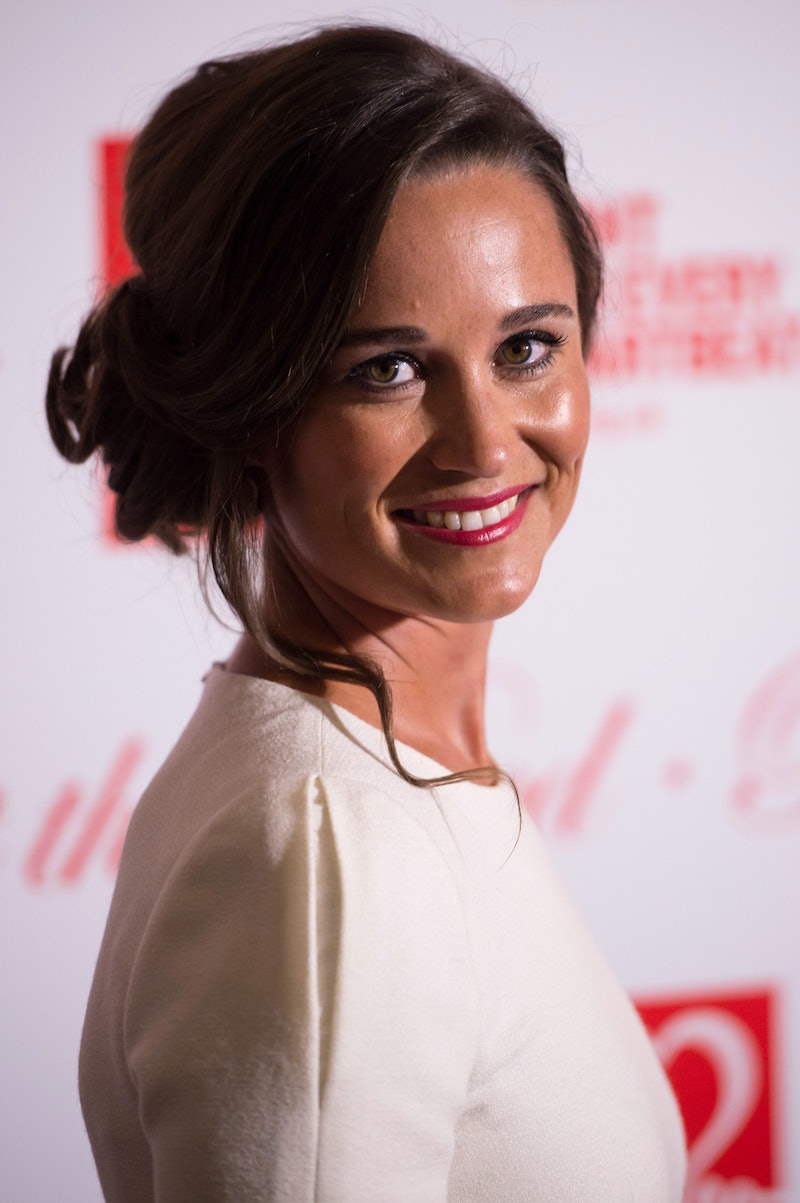 For me, it's been way too long since the excitement of Kate Middleton's wedding to Prince William, and if you feel the same way, there's definitely some good news where the duchess' family is concerned. On Monday, Pippa Middleton and James Matthews announced their wedding date, and the nuptials are taking place really soon — next month, in fact, on May 20. And now that other details about their big day have also been revealed, it seems pretty obvious that this is going to be an amazing wedding for anyone who loves the royal family.

According to E! News, Middleton and Matthews are set to tie the knot at St. Marks Church in Englefield, which is close to where she and Kate grew up in Buckleberry. There's no word yet on whether or not Kate will be returning the favor and acting as Pippa's maid of honor, like Pippa did when Kate and William got married, but the two tiniest royals will definitely be involved. The official announcement also happened to mention that Charlotte will be a bridesmaid while George will be a page boy, and that's clearly going to be the best part of the entire event — no offense to the bride, of course.

Here's the statement from Kensington Palace, via the Telegraph:

"Miss Pippa Middleton and Mr. James Matthews are pleased to confirm their wedding will take place at St Mark's Church, Englefield, on the morning of 20th May. The service will be attended by close family and friends, including The Duke and Duchess of Cambridge and Prince Harry. Prince George will be a page boy, and Princess Charlotte will be a bridesmaid."

I've been looking forward to seeing Pippa's wedding photos since news of her engagement broke in July, but now, there's an even bigger reason to obsess over them. You know Charlotte and George's outfits are going to be adorable. I can't even imagine how cute Charlotte's going to look in her bridesmaid's dress, and I can't wait to see the photos that surface of her (and her mom! And her aunt!).

Fingers crossed the family decides to release plenty of footage from Pippa's wedding. Royal babies in formalwear are exactly what the world needs right now.