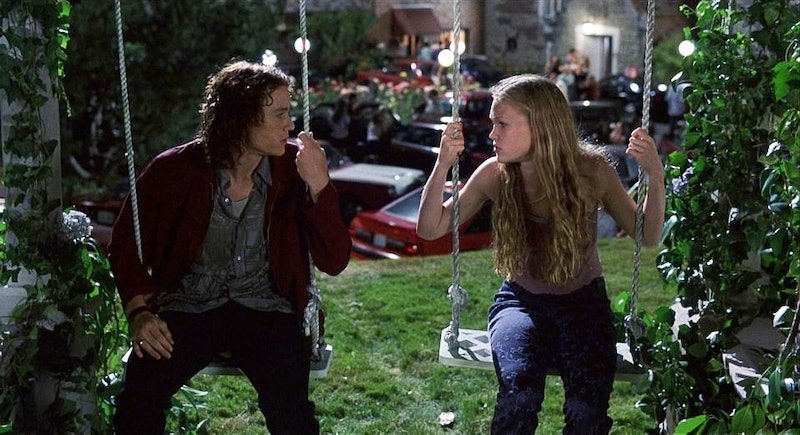 How do you respond to legislation that stands to roll back women's health care by making it harder for women to access basic health services like contraception, maternity coverage, and preventative care? If you're Planned Parenthood you organize protests, launch campaigns emphasizing the importance of civic engagement, and ... write poetry. A Planned Parenthood affiliate responded to the Senate health care bill by putting their own spin on the infamous poem from the movie 10 Things I Hate About You.

Planned Parenthood isn't the only organization to express concern with how the Senate health care bill stands to impact women. The American Congress of Obstetricians and Gynecologists (ACOG) has said they believe the bill will effectively "turn back the clock" on women's health. “This legislation deliberately strips the landmark women’s health gains made by the Affordable Care Act and would severely limit access to care," ACOG President Dr. Haywood Brown said in a statement.

Under the Affordable Care Act, the list of "essential health benefits" insurers must cover was expanded to include more basic women's health services such as mammograms, birth control, maternity care, and cervical cancer screenings. The Senate bill, however, appears to follow a tactic similar to that outlined in the House bill — to allow states to define essential health benefits and levels of coverage. Many women's health experts fear such a move could result in women losing affordable access to basic health services.

The bill's proposed cuts to Medicaid funding also stand to have a direct impact on women, as the program reportedly covers half of all births, according to the Kaiser Family Foundation. Moreover, the bill's call to cut Medicaid reimbursements to Planned Parenthood could prevent women on Medicaid from receiving contraception and preventative care like cancer screenings, STD testing, and pap smears as local health centers struggle to fill the gap left by Planned Parenthood, one of the nation's largest providers of women's health care.

"But mostly I hate the way you don't really care about Americans' health," Planned Parenthood's poem concludes. "Not even close. Not even a little bit. Not even at all."