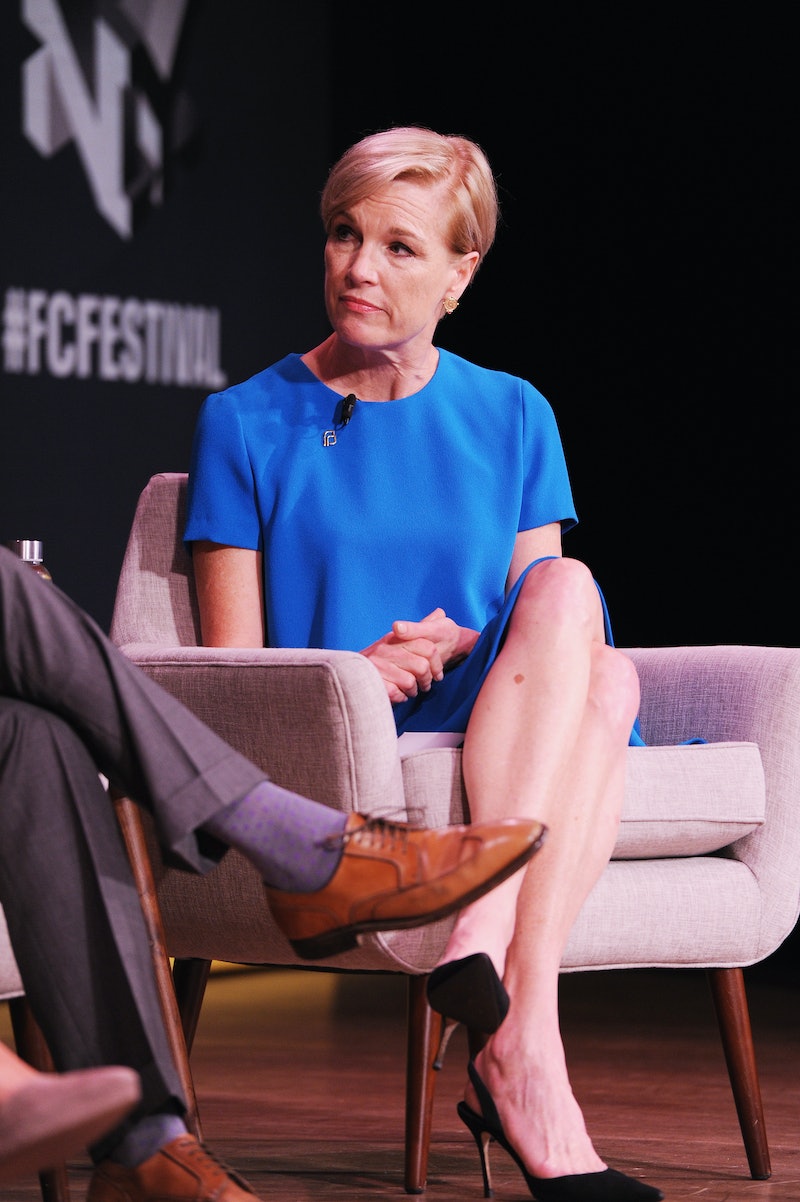 If Richards were to leave her role as Planned Parenthood president, it's unclear whether she would retain a role at Planned Parenthood, or cut ties entirely. According to BuzzFeed, Richards' first memoir, named Make Trouble, is provisionally planned to hit shelves in April.

BuzzFeed also reports that Richards has informed at least one of Planned Parenthood's board members that she plans to exit the role. It's unclear who would replace Richards, who has been the public face of the organization since taking on the role in 2006.

It's unclear whether Richards would be replaced, or by whom.

Although Richards is not formally in politics, she has a background in the field, having worked for Nancy Pelosi as Pelosi's chief of staff prior to joining Planned Parenthood. Richards' mother, whom Richards has described as her idol, was also the governor of Texas between 1991 and 1995.

For this reason, eager fans of Richards are speculating that she could make a run for politics herself.

Given her ever-increasing public profile over the last several years, it's unlikely that this is Richards' retirement from public life.

Hypothetically, the next gubernatorial election in Texas would be in November of this year.

Richards' reported departure comes at a nerve-wracking time for women's rights advocates in the United States. Just one year into the Trump administration, the Republican-led chambers of Congress have repeatedly sought to undermine women's legal right to a termination. Although Planned Parenthood offers a wide breadth of services, along with the legal right to a termination, it most frequently comes under fire from far-right activists for its staunchly pro-choice stance.

More like this
Amanda Gorman Shared A Powerful Message On Meghan Markle’s Penultimate Podcast
By Darshita Goyal
Matt Hancock Broke a Major Rule With I’m A Celeb
By El Hunt
The Indigo Girls Taught Me Queer Relationships Could Be Messy, Too
By Hannah Soyer
Adam Driver & Joanne Tucker’s Relationship Timeline Starts With Cheese
By Jordyn Tilchen
Get Even More From Bustle — Sign Up For The Newsletter