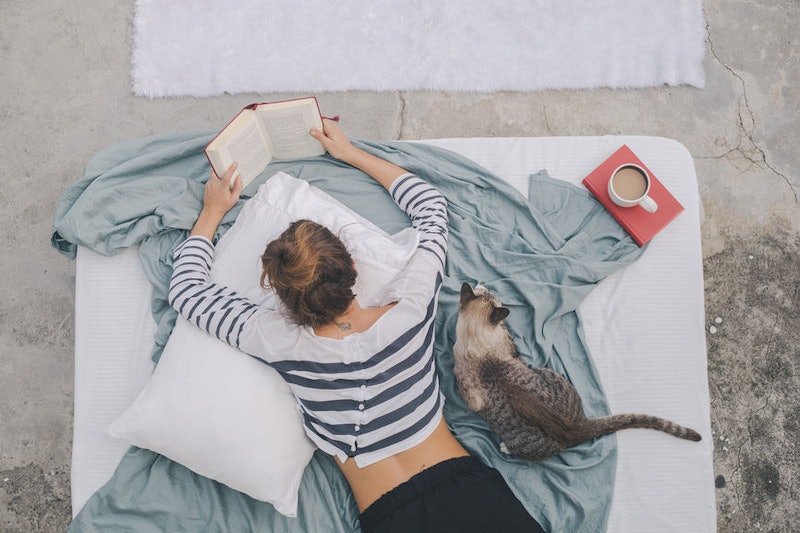 Haters have been dragging the art form and claiming it's extinct for decades, but according to a new study, poetry is more popular now than ever. A new report from the National Endowment of the Arts shows that poetry reading in the United States has increased dramatically in 2017, and social media could be partially responsible.

According to the results of the 2017 Survey of Public Participation in the Arts (SPPA), which was shared by the NEA on Thursday, the number of poetry readers in the United States has nearly doubled in the past five years, from 6.7% of American adults in 2012 to nearly 12% in 2017. That means 28 million people picked up a poem last year, the highest number since the first SPPA was conducted 15 years ago.

"In recent months, I’ve come across various news articles and at least one press release declaring that social media has contributed greatly to poetry’s readership. Some of these sources even attribute to the technology a bump in 2017 poetry book sales," said Sunil Iyengar, NEA Director of Research and Analysis, in a post about the new findings. "While it remains unknown how much of that reading is directly due to these still-emerging platforms, we now can report with confidence: poetry reading in the United States has increased since five years previously."

While growth in poetry reading can be seen across almost all demographics, young adults showed the largest and fastest increase. According to the NEA's study, the poetry reading-rate among people age 18-24 more than doubled, rising from 8.2% in 2012 to 17.5% in 2017. Women, who typically account for the majority of all poetry-readers, also showed a significant gain: 14.5% said they read poetry in the last year, compared to only 8% five years ago. Among different racial and ethnic groups, African Americans, Asian Americans, and other non-white, non-hispanic groups read poetry at a highest rates.

While there are many factors that could be contributing to Americans' increased interest in poetry, one that is hard to ignore is the rise of social media and the popularity of "InstaPoets." As one Publishers Weekly report points out, "Social media poetry is suddenly everywhere: on Instagram, Facebook, Twitter, and increasingly in print, too. These short, snappy poems, often accompanied by illustrations, are shared by countless readers every day." Though they have plenty of critics, famous artists like Rupi Kaur, Amanda Lovelace, Nayyirah Waheed, and Warsan Shire have tens of thousands, sometimes even millions, of followers who tune into their accounts every day for a dose of poetry and inspiration. They have, in a sense, helped poetry go viral in a way it has not been able to do before.

But social media poets aren't the only ones helping revive the art form: there are also a number of incredible and invaluable organizations and programs that have dedicated themselves to sharing poetry with the world, and increasing readers' interest in it.

“I suspect social media has had an influence," NEA Director of Literature Amy Stolls told the NEA Art Works Blog, "as well as other robust outreach activities and efforts, many of which we support through our grants to publishers and presenters, fellowships to individual poets, Poetry Out Loud, and the NEA Big Read.”

In a joint statement about the NEA's findings that poetry reading is on the rise, the Poetry Coalition, a national alliance of several organizations committed to promoting poetry and its creators, said they "believe that strong poetry organizations working together serving poets and readers in different geographical locations and from different backgrounds, races, ethnicities, and genders are essential to sustaining the growth we’re seeing now."

Whatever the individual factors may be — social media poets, national organizations, the political climate — one thing is clear: poetry is here to stay.

More like this
How To Stream 'She Said' In The UK
By Maxine Harrison
Where Is John Leonard Now After Suing Pepsi For A Harrier Jet?
By Brad Witter
James Colthurst Described His Last Call With Princess Diana Before Her Death
By Brad Witter
'Bridgerton' S3 Teases Exciting Social Season For Penelope Featherington
By Bustle
Get Even More From Bustle — Sign Up For The Newsletter