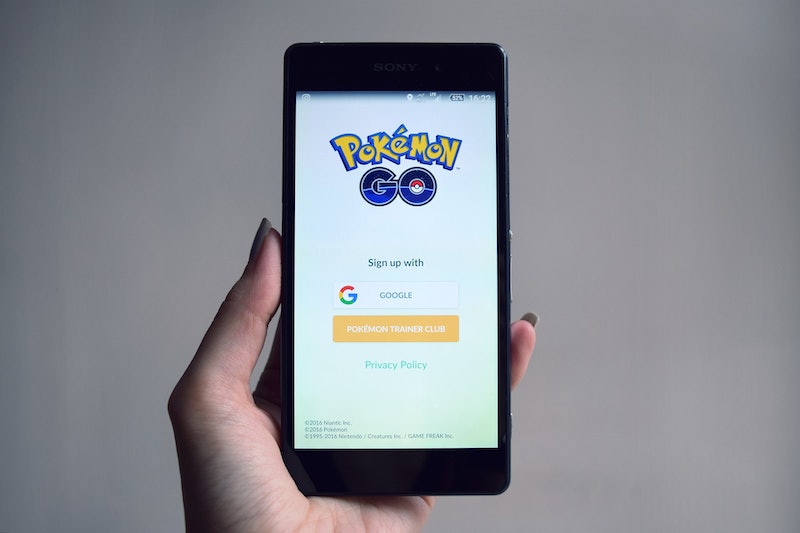 Queue up your Dashboard Confessional, friends — we’ve been vindicated.

If you spent a significant portion of last summer knocking into lampposts in pursuit of a wiley Bulbasaur, cursing wildly because you walked five miles to hatch an egg that turned out to be a dingy-old Pidgey, or patiently explaining to your parents that you are indeed a single 25-year-old playing a video game on her phone and yes, you do believe this is time well-spent, I have good news for you. This week, researchers from the University of Wisconsin-Madison released a study which suggests “Pokemon Go” players are happier, friendlier, and more physically active than their non-”Pokemon Go” playing peers (or, Poke-muggles, as I have been repeatedly asked to stop calling them).

Released last July, Niantic’s location-based augmented reality app allowed users to locate, trap, train, and battle Pokemon who appeared on your screen overlaid on top of your actual surroundings. The app was a smash hit, with six million downloads on its first day; so many that Niantic had to pause the game’s release in countries like the United Kingdom and the Netherlands because of server overload.

The phenomenon was fascinating to James Alex Bonus, a graduate student at UW-Madison, and his fellow media researchers, who say the huge pool of players as an opportunity to study the effects of augmented reality games.

“There’s this idea that playing games and being on your phone is a negative social experience that detracts from things,” Bonus says, “but there haven’t been many chances to ask large groups of players about their experiences.”

Bonus and his fellow researchers interviewed 399 people three weeks after the game was released in the U.S., and asked them about their social and emotional lives, and physical well-being. Then, like every conversation last summer, they segued to “Pokemon Go”. Over 40 percent of respondents were “Pokemon Go” players, and playing the game was associated with a number of positive responses including increased physical activity, sociability, and my favorite emotion, “nostalgic reverie”.

“For the most part, the “Pokemon Go” players said more about positive things that were making them feel their life was more worthwhile, more satisfactory, and making them more resilient,” says Bonus.

“Pokemon Go” players were also more social, and more likely to connect with new friends in person or online, as well as deepen relationships with existing friends. A number of people have even found dates through the app.

Bonus points out that the study’s findings undermine a lot of the negative narratives surrounding media and sociability.

“We don’t look at the media this way that often, but maybe we should. We often focus on media violence and aggression and hostility, but there are opportunities where media is contributing to good life experiences.”

And if you’re inspired to head back out and catch some Charmanders, don’t miss “Pokemon Go”’s Eggstravaganza that promises a wider variety of Pokemon that can be hatched in 2km eggs, double XP, and Lucky Eggs. The Eggstravanganza will last from April 13th at 4:00 p.m. EST, to April 20th.