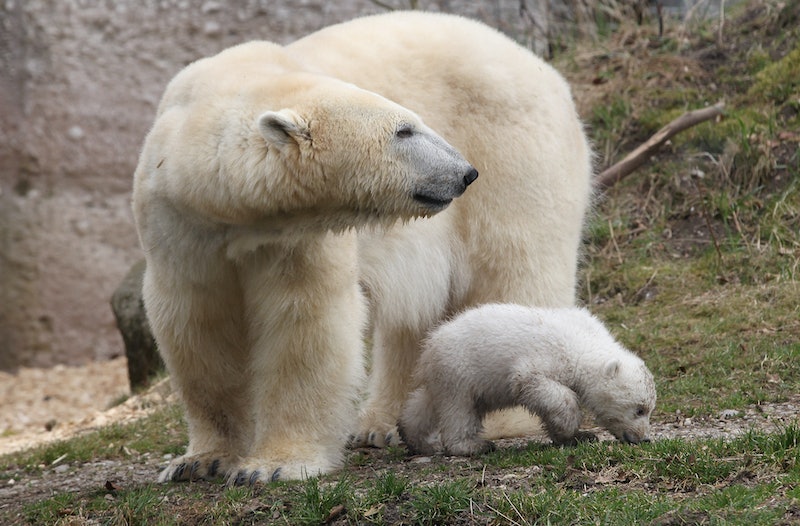 Polar bears, in many ways, have become a sort of mascot for climate change. As the globe warms, these beloved mammals have become very visual victims of the changes, as warming seas take away their icy habitats and plentiful food supplies. In a twist on that story, though, they've recently become the villains rather than the victims. Polar bears have invaded a remote Russian town, terrorizing the people who live there in their search for food.

“People are scared, afraid to leave the house, their daily activities are disrupted, and parents are afraid to let their children go to schools and kindergartens,” said Alexander Minayev, an education official from Novaya Zemlya, the archipelago where the settlement is located, according to Radio Free Europe.

Novaya Zemlya lies north of the Russian mainland, entirely within the Arctic Circle. Previously, it was most famous for being the site of the biggest nuclear detonation ever during the Cold War era, according to the travel site Atlas Obscura. The biggest town in the archipelago is Belushya Guba, home to about 2,000 people — and now, according to The Washington Post, they've been joined by a contingent of more than 50 polar bears. Normally, as the Post explained, the bears migrate from the south of the island to the north and go straight past Belushya Guba, but things are different this year.

Most of the time, the bears find enough of their typical food — like seals and other arctic sea animals — as they make their way along Novaya Zemlya towards the thicker ice in the north, according to Radio Free Europe. The thinner ice makes it more difficult for them to hunt in the sea, though, so they've been hunting more on land — this year, particularly including the land around Belushya Guba.

The problem has gotten so serious that island officials have now declared a state of emergency on Novaya Zemlya, according to a press release from the Archangelsk Region, of which Novaya Zemlya is a part.

"They are staying [near Belushya Guba] because there is some alternative food. They normally would just go past, but [they are attracted] by the food," said ecology researcher Ilya Mordvintsev, according to Radio Free Europe.

As the polar bears continue to forage in dumps and around apartment complexes and other building, they've ceased to be afraid of humans, according to the Siberian Times. They've also chased people in some cases, and even entered buildings. As of right now, though, people aren't allowed to hunt the polar bears, because of their World Wildlife Fund status as a vulnerable species.

A team of wildlife specialists is now on its way to the island in a last-ditch attempt to protect the people who live there — but as long as the danger remains, officials haven't ruled out a cull of the polar bears.

For now, this is still a novel problem, which is why officials are scrambling to keep both the bears and the people unharmed. Because climate change is the root issue, though, it's likely that this won't be the last polar bear invasion in Novaya Zemlya.