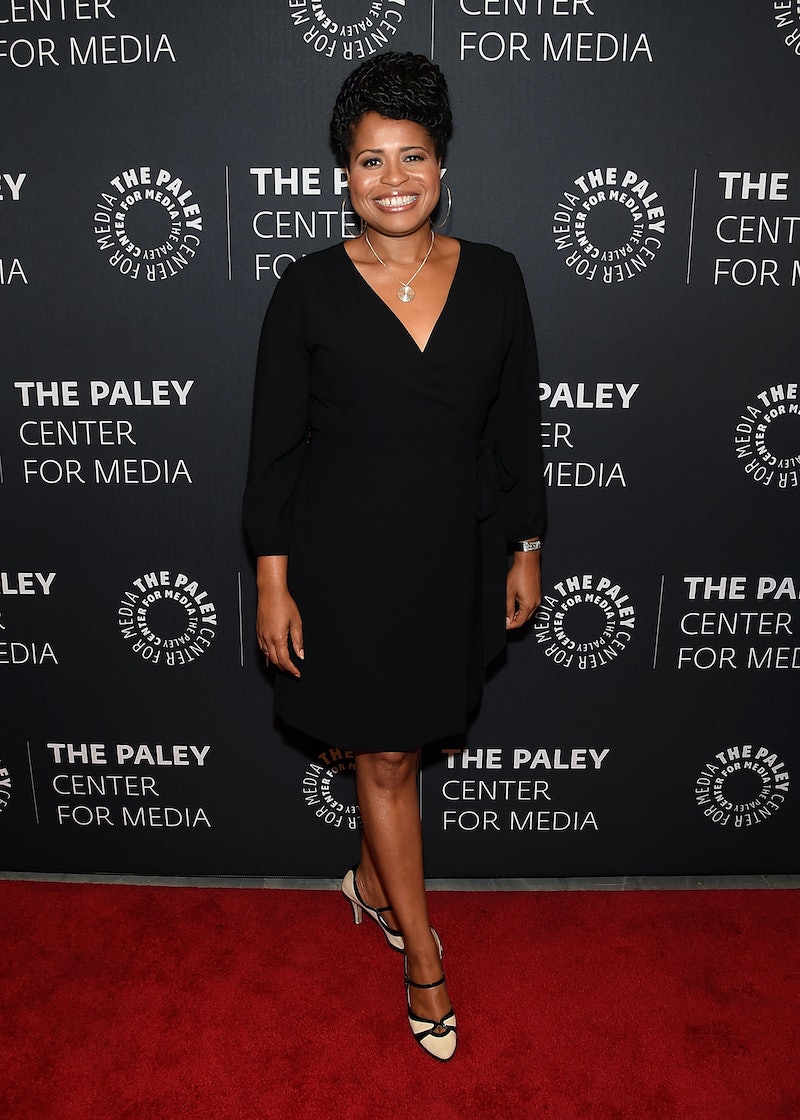 You can't watch Starz's Power and not have strong feelings about it. Check out #PowerTV Sunday nights, and you'll be treated to a particularly delightful subset of Twitter. Viewers know there's always a new development to talk or argue about, from who's endgame, who needs to be killed off next, or whether Tariq is the worst or the absolute worst. The show's vision of New York City is so immersive that once you're sucked into the soapy saga of Power, created by Courtney Kemp, you likely won't want to escape. Even the opening credits, set to 50 Cent's "Big Rich Town," are hypnotic enough to keep you glued to your couch.

Both viewers and network executives seem to be enamored with the series, too, which is a hard balance to find. The overall Season 4 ratings placed it as the third most-watched premium series behind Game of Thrones and Ballers, according to Nielsen. And that's just the linear numbers, when people are watching in real time on cable. According to Deadline, Power continues to shock Starz execs with its app numbers, as fans clamor to watch the next episode as soon as it drops the night before its actual broadcast. It's a game-changing strategy when it comes to a network betting on giving fans the content they want, how they want it, while also leaning into the appointment viewing aspect of the suspenseful, cliffhanger-laden show.

By those parameters, the show is a mega success. But as Power creator Kemp tells Bustle, the series has been largely ignored by critics, and written off as a "black show." Kemp told Digital Spy that one network told her they already had enough "black shows" when she pitched the series about Jamie St. Patrick (Omari Hardwick), a nightclub owner and drug kingpin trying to get out of the game. Kemp rightfully finds that offensive and "absurd," especially since she is dedicated to creating diverse shows, and telling stories about all kinds of people, whether it's a violent drug dealer like 50 Cent's character Kanan, or the sweet but hardened Lakeisha (La La Anthony), who just wants to run her salon in peace and be treated with respect.

It's especially absurd to consider Power a "black show," Kemp says, when it's so "diverse on purpose." The show runner says that designation signals to her that the show "can only qualify to compete in certain categories." About 75 percent of Power viewers are African-American, but that doesn't make it a "black show" and it certainly doesn't mean it's not quality programming.

Kemp isn't all that surprised at some of the erasure of the show that happens in the media and critical circles. After getting her start in the "freelance hustle" at magazines like Sassy, Vibe, and GQ, Kemp transitioned into the television industry, working on shows like The Bernie Mac Show, Hawaii-Five-O, and The Good Wife before pitching and writing Power, which premiered in 2014. And although she says the network was "courageous enough" to put her in charge — "They didn’t get like, an older man to come in and teach me how to do it," she explains — there were still a lot of obstacles in achieving her vision.

Those institutional roadblocks were most apparent when it came to casting, something Kemp is particularly proud of. For one, she says, she fought to get the better actress sometimes, rather than "the blowup doll," as she puts it. But the success of Power was in the details, right down to the cadence of the dialogue. From Jamie's rival drug dealers to the security detail at his nightclub, Truth, she and her team were meticulous about making sure the characters were represented properly. "I insisted that we were accurate with the Spanish, and that the language was specific to the person who was speaking it," Kemp says.

"We weren't successful all the time, but for that to be something that mattered, some people didn't understand why it mattered. They didn't get it. There were a lot of battles like that along the way," she says of the time. What Kemp and her team bring to set makes it all the more frustrating that the show can be written off by networks, critics, and viewers who scroll by it, making whatever assumptions they might be making.

"My show, which is in no way a 'black show,' but a show with people of color in it, has been ignored in a lot of ways. There are still people who haven't heard of it and it is a very successful show, so when you look at how the show has been ignored or has not been discovered by people, there really isn’t a lot of explanation for that," Kemp says.

For example, Kemp calls Joseph Sikora, who plays Tommy on the show, "one of the greatest actors of his generation," and anyone who has watched his face tell ten stories in a single frame might agree. "I think the work that he's doing on our show is on a whole other level, and the fact that he hasn’t been recognized, the fact that everyone on our show hasn’t been recognized... it makes me sad. Because there is no other explanation that I can understand."

The show did take home three NAACP Image Awards in 2018, but has yet to get any sort of love at the Emmys or Golden Globes. Of course, awards are subjective and never a true or real measure of how "good" something is. But simply put, that's how shows and films are legitimized in pop culture.

But Kemp takes that lack of that kind of recognition as a sign that she's still doing something right. "It’s also our path. It's what’s meant to happen. I'm grateful that the audience has found the show even if the industry hasn't or hasn't until this point," she says.

Despite the lack of industry love, whatever Kemp is doing is working. Last year, she signed a deal with Lionsgate to create "several spinoffs" of Power under the umbrella of her production company, End Of Episode, along with other projects helmed by women, people of color, and LGBTQ creators. Kemp essentially went from writing her first script for money to piecing together a media empire built on the idea that the more stories, and more kinds of people telling them, the better.

"We have to embrace diversity," she says. "No person in my writers' room looks like anyone else in the Power writing room, and that’s what makes my show rich. I don’t think we would be anywhere near as successful if we weren’t like that. On my shows everyone will be represented."

More like this
Why Sadie Sink Is Hopeful Max Will Return In Stranger Things Season 5
By Brad Witter
What Working At Marvel Is Really Like, According To A 'Ms. Marvel' Co-Creator
By Gretchen Smail
'Friends' Creator Marta Kauffman Opened Up About Misgendering A Guest Character
By Grace Wehniainen
6 Mind-Blowing Fan Theories About How Stranger Things Will End
By Kadin Burnett
Get Even More From Bustle — Sign Up For The Newsletter