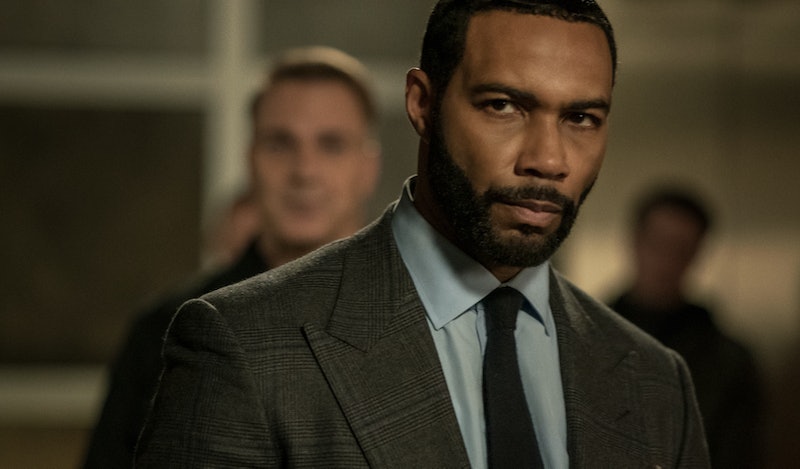 Although Power won't return after its Feb. 9 series finale on Starz, there's already been talks of a spin-off. Power Book II: Ghost is set to star Mary J. Blige and Method Man, per Entertainment Weekly, who play a businesswoman and lawyer, respectively. However, there are reportedly also other Power spin-offs in the works, whose details are still under wraps, according to Deadline. "Some titles are prequels, some sequels, some spinoffs," Starz President and CEO Jeffrey Hirsch said, per Deadline.

"There's a lot of rich characters that we can choose to pull out," Hirsch said in the same interview, dancing around the issue. Newsweek reported that in an On Air with Ryan Seacrest interview, executive producer Curtis "50 Cent" Jackson confirmed that two other spin-offs are in the works. "We've got Power Book III; it's Raising Kanan and that one is in the last stages of casting right now," the "Candy Shop" singer said. "[A]nd the third one is in the writers' room — Power Book IV."

However, there aren't many details about these upcoming series, since they might reveal "who does and who doesn't die" in the Power finale, according to Hirsch. However, the surviving characters will likely return to the Power-verse, according to an interview Jackson did with USA Today. "I won't necessarily say how you'll see them," he said. "You may not see them in Power Book II. You may see them in a separate show." The sequel will take place 48 hours after the events of the final Power episode, per the same USA Today interview; furthermore, Power Book II will premiere this June, as Jackson told Seacrest.

In Power Book II, Method Man will play an attorney named Davis Maclean, while Blige's yet-unnamed character is more street savvy. "Power obviously is a masculine show but has very strong female characters," showrunner Courtney Kemp said in the aforementioned EW article. "[Mary's character is] as smart, savvy, and strategic as Ghost ever was, but her learning doesn’t come from books. We always said Ghost was a bookish kid who read all the time. This woman's acumen comes from the street."

Jackson told USA Today that he's already written some music for Power Book III, which will take place in the '90s (not the '80s, as Jackson wrote on Instagram back in 2018). "I've been producing and writing stuff for it because it's hard to find things that feel authentic to that time period," he said.

Fortunately, Power fans will likely know more details in the coming weeks before they tune in for the first of many spin-offs this June.

More like this
Patrick Dempsey Explained Why Playing McDreamy Was Frustrating
By Grace Wehniainen
Ava DuVernay Thought The 'Queen Sugar' Series Finale Felt “Really Satisfying”
By Brad Witter
Will 'The Walking Dead' Return For Season 12?
By Grace Wehniainen
The First Trailer For 'That '90s Show' Includes So Many Nods To The Original Series
By Jack Irvin, Alyssa Lapid and Grace Wehniainen
Get Even More From Bustle — Sign Up For The Newsletter