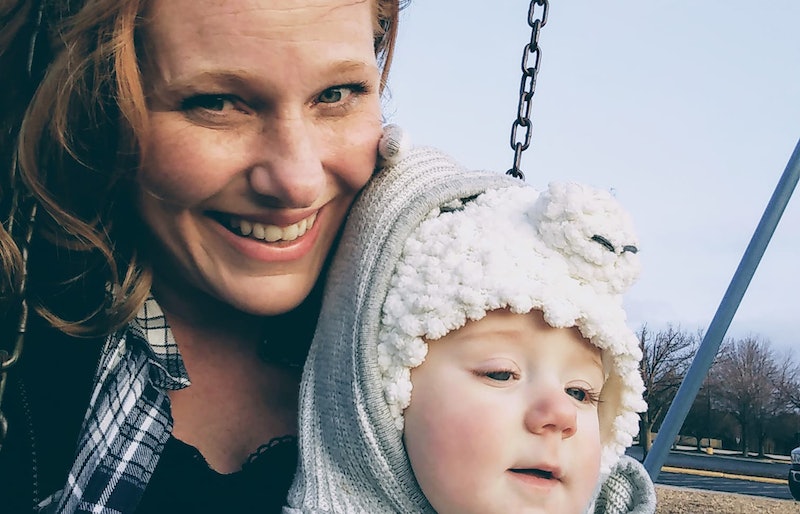 It’s an epidemic that has confounded public health officials: The rate of pregnant people who use opioids quadrupled between 1999 and 2014, according to the most recent Centers for Disease and Prevention Control data available. Pregnant people face extraordinary challenges when it comes to accessing proper treatment for their opioid use disorders — and when it comes to both finding and committing to care, it can sometimes feel too difficult entirely.

Last August, Kirsten Ruck, 38, was pregnant, experiencing homelessness, and trying to deal with her opioid use disorder. She says she went to several treatment centers in Chicago during her pregnancy, but did not stay at any of them long enough to detox. She recently received care at a facility that focuses on drug and alcohol misuse, but Ruck says she was unable to commit to its methadone program that generally requires daily visits because she felt the staff did not support her, though she also admits that she was not ready to commit to sobriety.

Nineteen states, including Illinois, have either created or funded drug treatment programs for pregnant people, according to the Guttmacher Institute, a reproductive rights research and advocacy organization. But Josh Smith, a medical student and volunteer with the Chicago Street Medicine program who has treated Ruck, notes that there are not enough of these clinics available to meet the demand for them, “considering the severity of the epidemic.”

Services to treat opioid disorder for pregnant people are still lacking, adds Dr. Steven Aks, DO, an emergency physician and a national expert in medical toxicology. “I think we have to do a lot to ramp up the capacity so we can reach everyone,” he tells Bustle.

Pregnant people can come across a barrier in residential treatment programs. Some doctors or residential treatment programs will not offer medication-assisted treatment like methadone to anyone who is pregnant, says Michelle Gadot, director of the overdose prevention program at the Center for Comprehensive Health Practice in New York City. CCHP partners with those programs and works with their counselors to provide methadone to those patients because it is an effective — and safe — way to treat their opioid use disorder. But many people who are pregnant are not so lucky.

The lack of effective treatment centers for pregnant people only perpetuated the problems Ruck and her child would later face. Ruck says she planned to return to a treatment center before delivering her baby because she was worried she might lose custody of her child due to her drug misuse, but she never made it to the center: Ruck spent about a week in jail for heroin possession before the day her water broke.

After Ruck made it to the hospital and her son was delivered, he was immediately placed in the neonatal ICU. He was experiencing neonatal abstinence syndrome (NAS), which occurs when a drug passes through the placenta to the fetus during pregnancy. Once a child is born with NAS, they may exhibit withdrawal symptoms like excessive crying, fever, gastrointestinal issues, and seizures, according to the Centers for Disease Control and Prevention. Doctors may treat babies with a low dose of methadone, a drug used to curb opioid cravings, to alleviate NAS symptoms until they adjust. If a mother is “plugged into good care” prior to giving birth, these negative outcomes can be minimized, Aks says.

Since giving birth, Ruck has been taking steps to work on her sobriety so she can be more present in her children’s lives. After her son finished methadone treatment at the hospital, she moved to Rockford, Illinois, to live with her mother, who was awarded custody of her son. Ruck then started methadone treatment herself. “You can struggle and still get up,” Ruck says.

She credits her newborn son for motivating her to go into recovery. “If it wasn’t for him, I don’t know if I would have made it back,” she says. She admits that there are days when she slips up, but she tries to limit the “breaks” she takes from sobriety because her biggest fear is getting “sucked back in again.”

“The rates of recidivism or relapse are pretty substantial,” Aks tells Bustle, and notes that “anyone who is actively using opiates” will have a hard time providing child care. But he says that people, like Ruck, who are participating in medical-assisted treatment like methadone or buprenorphine to control their opioid use disorder, can be effective caretakers.

At one point, heroin was the most important aspect of her life, Ruck says. Although she has made significant process, motherhood has not necessarily been easy for her. She hasn’t spoken to her two oldest sons, who are living with their father in Atlanta, since they were little. She is trying to repair her relationship with her two middle sons, who are both in their grandfather’s custody, but she says there is still a lot of tension because they feel she chose opioids over them.

“It is a choice,” Ruck explains, “but you make those choices because you’re sick.”

This story was produced in partnership with the Social Justice News Nexus at the Medill School of Journalism, Media, Integrated Marketing Communications at Northwestern University.