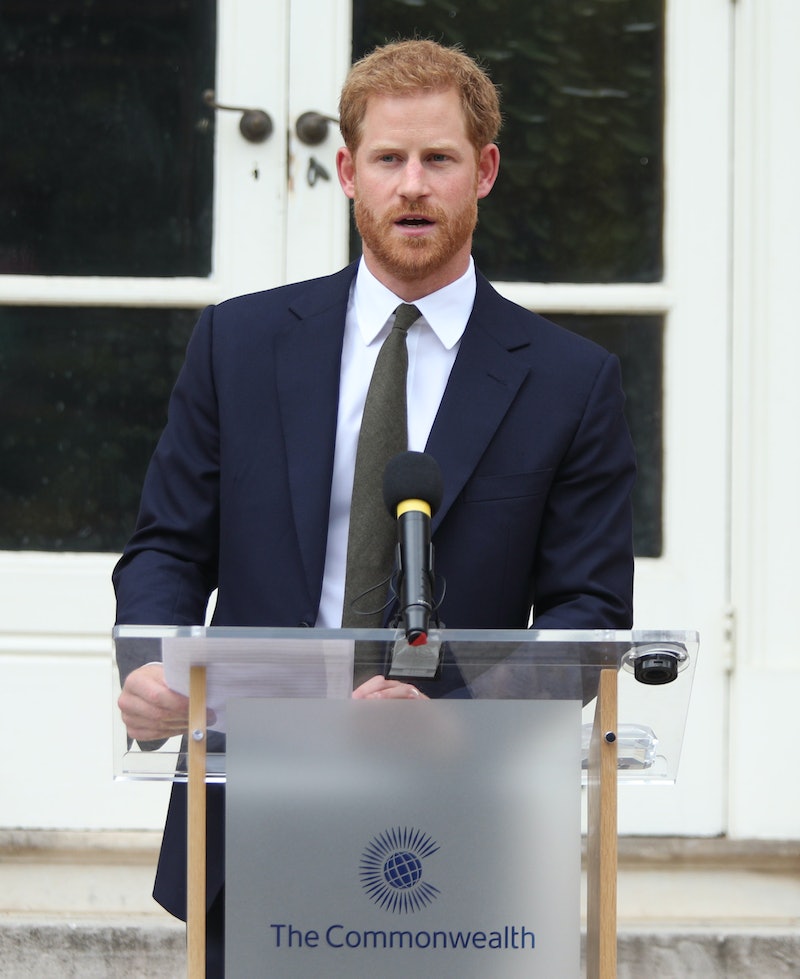 Prince Harry was only 12 years old when he and William lost their mother, Princess Diana, in a tragic car accident, but now, he's using that painful experience from his past to help someone else who's facing something similar. According to News.com.au, Prince Harry comforted a young boy, who recently lost his mother, by sharing some words of advice he gleaned from being in the same situation himself, and he even ended up breaking one of his own rules to do it.

The site reported that while Harry and wife Meghan Markle were visiting Auckland, they met a 6-year-old boy, Otia Nante, whose grandmother told Harry that his mom had recently passed away. After hearing this, Harry spent extra time with Nante, and told him that everything would be fine, pointing out that although he lost his mom, too, his life had turned out pretty well.

“Life will always be alright. You know that?" Harry said to the boy. "I’ve made it to 34 years old, and life is great. I have a beautiful wife and a baby on the way. Your life is going to be sorted. Don’t you worry about that.”

Harrys' right. Although it's hard to imagine what losing his mother at such a young age must have been like for Harry, he is now married to Markle and they're expecting their first child in the spring. All in all, it seems like he's had a pretty good life — even though Diana's death had to be so painful for him.

Harry also had a few kind words to say to Nante's grandmother during their conversation. "You're doing a great job, Nan. Nans are so important in our lives," he told her.

Then, Harry took the opportunity to break protocol and took a selfie with Nante, which ended up being a pretty adorable photo. Normally, selfies are off limits for the royal family — one reason being that it's against royal etiquette to turn your back to a member of the fam, and it's impossible to take a selfie without doing that — but Harry definitely made an exception for this young fan who he seemed to identify with.

In the past, Harry has been open about the ways Diana's death has affected his life. In an interview with The Telegraph last year (via Forbes), Harry admitted that losing his mom took a huge toll on his mental health for a long time.

“I can safely say that losing my mum at the age of 12, and therefore shutting down all of my emotions for the last 20 years, has had a quite serious effect on not only my personal life but my work as well,” Harry said. “I thought that thinking of her was only going to make me sad and not going to bring her back."

But like Harry told Nante, things have improved for him in the years since, and now, he seems to be in a good place.

Losing a parent at any age — let alone so young — has to be incredibly difficult, but Harry is so sweet to share his encouragement with Nante in a moment that he is sure to remember forever.