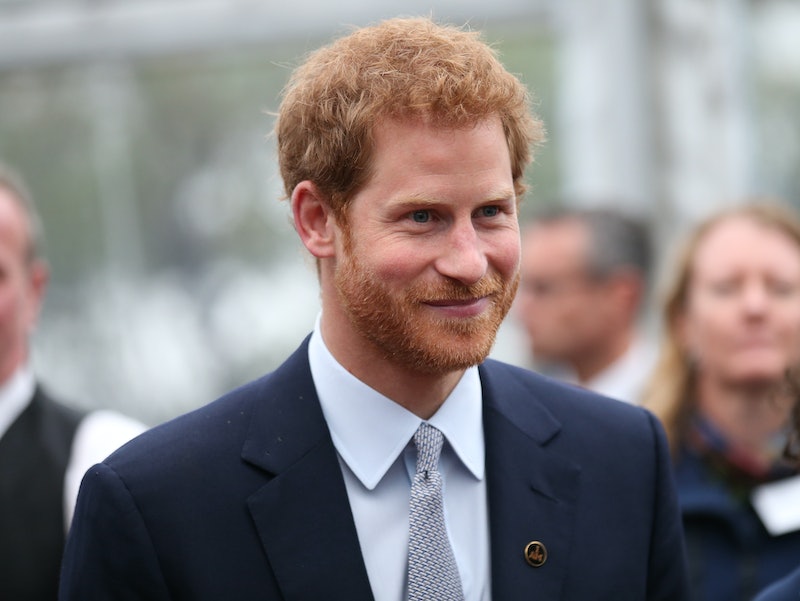 Believe it or not, the royal family sometimes does lead quite the normal life. Heck, they even venture to the supermarket from time to time. Yes, for real. Prince Harry does his own grocery shopping, as he revealed in an interview with Newsweek. For him, the importance of maintaining an "ordinary life," like physically going to the store, while also being a prince, is something that was instilled in him by his late mother, Princess Diana.

"My mother took a huge part in showing me an ordinary life, including taking me and my brother to see homeless people," he said. "Thank goodness I’m not completely cut off from reality."

The 32-year-old said that most people would actually be surprised by how normal of a life he and his brother, Prince William, have. It's kind of hard to believe that two extremely famous brothers — who both hold the title of "prince" — are so "normal," but it definitely sounds like they try really hard to be just that.

I do my own shopping. Sometimes, when I come away from the meat counter in my local supermarket, I worry someone will snap me with their phone. But I am determined to have a relatively normal life, and if I am lucky enough to have children, they can have one too.

Harry also confessed that even if he were at the top of the royal family, he wouldn't stop going to the store. "Even if I was king, I would do my own shopping," he said. That statement right there just goes to show you how serious the prince is about not letting his royal status get in the way of doing something as small as an everyday errand. So, yeah, in a sense, he really is just like most of us.

This is something William would probably also agree with, because normalcy is something he's discussed in the past. William is even ensuring his children, Prince George and Princess Charlotte, know what it's like to be in check with reality by having as regular of a life as possible. As the July British GQ cover star, William said,

I want George to grow up in a real, living environment, I don’t want him growing up behind palace walls, he has to be out there. The media make it harder but I will fight for them to have a normal life.

By simply going to the store, that's their way of changing what the British monarchy used to be and turning it into something more relatable.

"We are involved in modernizing the British monarchy," Harry told Newsweek. "We are not doing this for ourselves but for the greater good of the people. … Is there any one of the royal family who wants to be king or queen? I don’t think so, but we will carry out our duties at the right time."

Of course, Harry, William, Kate Middleton, George, Charlotte, and every other royal family member will never lead a completely so-called normal life, because that's just impossible. There is no denying that many cannot relate to parts of their lives, but it's refreshing to know that they appear to be doing whatever it takes to make sure royalty doesn't overtake the more simple things in life.