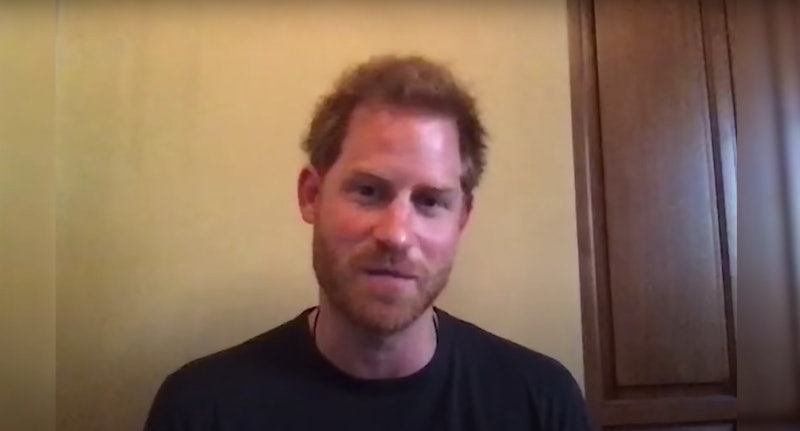 It’s been over a month since the Prince Harry and Meghan Markle relocated to LA, where they've been isolating during the COVID-19 pandemic. However, despite being on the other side of the world, the pair are still very much involved with charity work here in the UK. Most recently, Prince Harry shared an encouraging message with teenagers during the lockdown. The video which was shared on Twitter shows him speaking to members of OnSide Youth Zones, a charity set up to give young people somewhere to go and someone to talk to when they need it.

Prince Harry has been a big supporter of OnSide and attended its awards night at the Royal Albert hall in November 2019, which was the final public engagement he undertook before taking a six-week break in Canada with his family. In today's video, Harry spoke to teenagers involved with OnSide, saying:

“These daily challenges that you guys are coming up against are unbelievable and so many people will never understand. But you guys have the strength to pull through and you have the support of the OnSide community, the OnSide family to help you through that process. I can only imagine the last six weeks has made it even more challenging. This too shall pass. And before you know it, you will be back together again, probably in a youth zone, running around having the best time ever.”

Established in 2008, OnSide supports young people in deprived areas. While it can’t run as normal during the COVID-19 pandemic, the charity has been running online interactive sessions and Q and A’s for young people. Similarly, youth workers have been reaching out to young people for one-on-one sessions. Speaking about the charity’s efforts at this time, Prince Harry said they should be commended for “surviving but also for thriving.”

Writing on Twitter in response to Harry's video, OnSide Youth Zones wrote, “[It's] important that what Prince Harry says is heard. This is a challenging time for young people and they need support more than ever.” Prince Harry praised the people he’d met through the OnSide Youth Zone’s and said he was honoured to be part of the community. A spokesperson for the charity told People, "It's a big deal for us having someone of Prince Harry's influence as a supporter. Shortly after he moved away, he reassured us that he still wants to keep supporting us and doing whatever he can for us. In the current situation, I can't imagine he'll be back visiting a Youth Zone any time soon but he's said he's keen to stay in touch with us and will continue to help out wherever he can."

While Meghan Markle and Prince Harry won’t be able to come back to the UK for a long time, they’re both keeping in touch with the people they worked with while here. They have also announced that they'll be launching their own charitable foundation, Archewell. It’s been predicted that the foundation will focus on climate change and helping families. In a statement they said, “Before SussexRoyal, came the idea of Arche – the Greek word meaning source of action. We connected to this concept for the charitable organisation we hoped to build one day, and it became the inspiration for our son’s name. To do something of meaning, to do something that matters.”