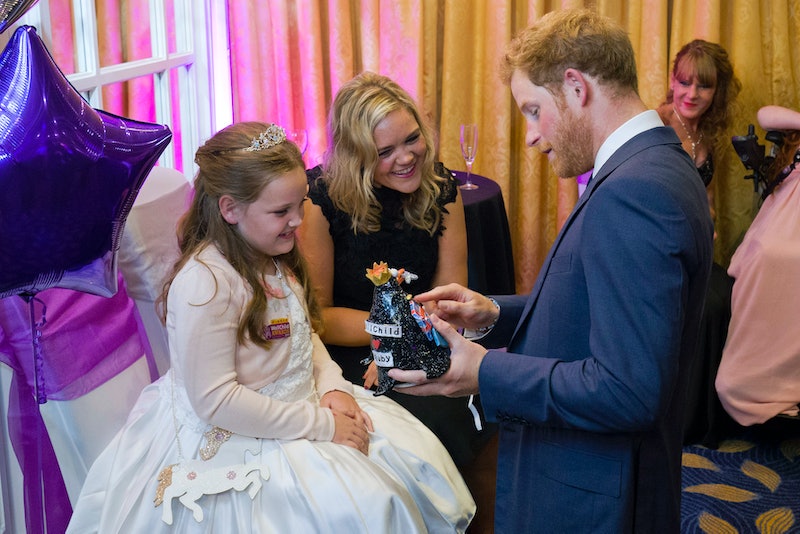 Despite stepping away from his official duties, Prince Harry has proven time and time again over the past few weeks that he is still dedicated to the humanitarian work he began as an active member of the royal family. So it comes as no surprise that, true to his nature, Harry decided to send an email to a family he met during a WellChild event to offers his condolences after the tragic loss of their daughter and sister.

Back in 2015, Prince Harry met Holly Smallman after her sister Ruby won the Most Caring Young Person Award at the WellChild Awards. Very sadly, Holly, who was terminally ill, passed away last month.

Understandably distraught, Holly's parents Hayley and Gary Smallman told the Daily Mail that their whole family (including Ruby and older brother Josh) was finding the loss extremely hard, especially considering the current lockdown. For one, they were only allowed to invite ten people to Holly's funeral due to new social distancing guidelines.

But one small glimmer of light came when Hayley Smallman discovered she had an email from Prince Harry. The grieving Mum was extremely thankful to him for reaching out. "For Prince Harry to find the time to send this email, to know that Holly made that impact on him and that he cares so much, even in all this private turmoil he's going through, just meant the world to us," she told the Daily Mail.

"I feel so fortunate to have met Holly in 2015 when her sister Ruby received a WellChild Award," the email from Harry began. "Holly was evidently a very special and happy girl, despite her significant challenges, and she clearly had an extra special relationship with her siblings. It was a great privilege to spend time with you all, particularly Holly, and I can still remember the amazingly creative handmade penguin that Ruby gave me – complete with red hair!"

Harry then thanked Hayley for her support of the WellChild charity, which he has been a patron for the charity since 2007.

"Hayley, I know since then you have been an avid WellChild supporter and ambassador," he wrote. "Given everything you have both dealt with personally, this is truly selfless and inspirational. I am so grateful to you, as I know many other people and families will be too."

Harry then finished his email sharing his sympathy for the family's loss: "I imagine words cannot really hope to provide much comfort to you and your family at this most difficult of times, but I wanted you to know that you, and your daughter Ruby and son Josh, are all in my thoughts and prayers.

"Meghan and I send our deepest and most heartfelt condolences," he wrote, before signing off with "Harry."