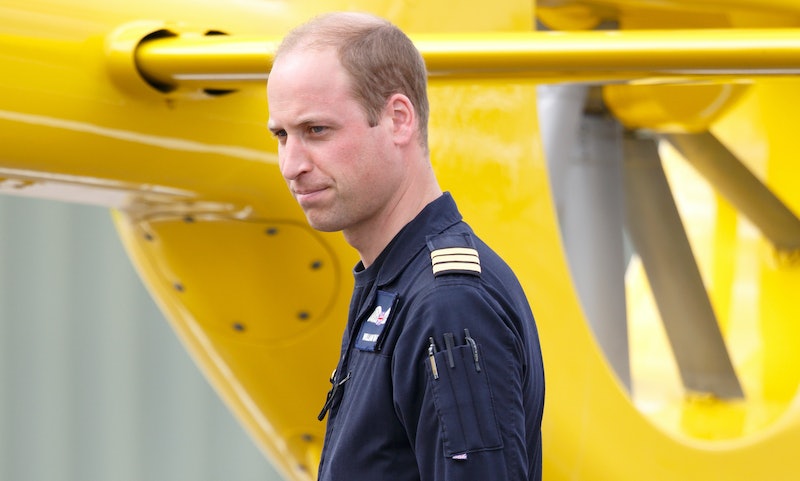 In a bid to help save lives during the Covid-19 pandemic, Prince William has given air ambulances permission to land and refuel at Kensington Palace — his office and London residence. According to the Evening Standard, the palace will soon see helicopters land and take off from Perks Field, the grassland usually used as a landing site for Royal Family helicopters.

A former air and rescue pilot and patron of the London Air Ambulance charity, the Duke of Cambridge's decision will help to save lives "because it means paramedics will no longer have to waste precious time flying to the nearest fuelling base in Watford."

While he currently supports the Queen with official Royal duties, Prince William previously spent three years with the RAF in Anglesey in North Wales. As Flight Lieutenant Wales, the Duke took part in 156 search and rescue operations, with 149 people being rescued. He also worked as a helicopter pilot for the East Anglian Air Ambulance.

Per the Evening Standard, a royal source confirmed the initiative and said: “Perks Field has been made available to the London Air Ambulance. The palaces are happy to help in these times.”

The Duke and Duchess of Cambridge, who are currently spending lockdown with their three children at their Anmer Hall residence in Norfolk, have been working to express their gratitude to those working on the frontline during the pandemic.

Prince William opened the Birmingham Nightingale NHS Hospital in April via video link. During the call he spoke of the "pulling together" going on up and down the UK during the coronavirus pandemic.

On May 2, the Duchess of Cambridge chatted to midwives, health visitors, parents, and leading sector experts about the challenges and impact that COVID-19 is having on new and expectant mothers and their families in a video that has been made available to watch on Youtube.

The royals recently released brand new photos of Princess Charlotte ahead of her fifth birthday on May 2 that show off just how much the Cambridges' middle child has grown over the years. The royals also wanted to show they were still thinking of the most vulnerable in the outbreak. The photos posted to the Kensington Royal Instagram page show Princess Charlotte helping pack food boxes for vulnerable people and even delivering a parcel to someone's door.