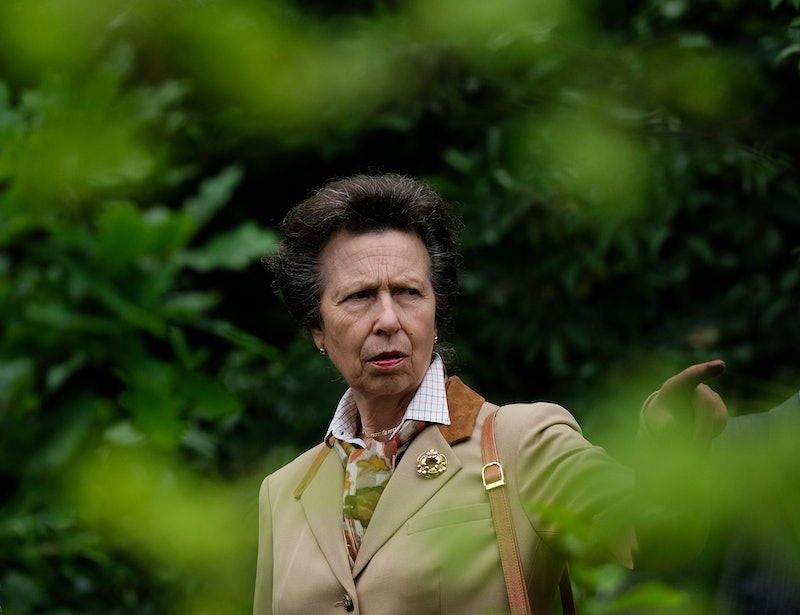 When people ask who their favourite royal is, the top answers tend to be Meghan, Kate, William, or Harry (with Meghan taking my personal top spot) or, of course, The Queen. However, I would consider Princess Anne to be the most underrated member of the royal family. She never makes the top spot, and yet she's kind of great, if you think about it. And, as yesterday (Aug. 15 2019) marked her birthday, what better day to celebrate the Princess royal? So here's why Princess Anne is a great royal and a S/O to her best moments over the years.

It wouldn't be a list of Princess Anne's greatest moments without mentioning is her attempted kidnapping in 1974 that she managed to rumble. For sure a historic moment that isn't brought up nearly enough.

In 1974, the Guardian reported "Ian Ball forced a car carrying Princess Anne and Captain Mark Phillips to stop in the Mall, London, on March 20 by driving his own car in front of it. He was carrying two guns, and in the skirmish which followed he shot and wounded two policemen and two civilians."

Sounds pretty terrifying, right? Well, our girl Anne had a pretty badass response to it, telling Ball when he tried to kidnap her that she "didn't really want" to go with him.

The BBC reported that, in a document written for Prime Minister Harold Wilson, she said: "It was all so infuriating; I kept saying I didn't want to get out of the car, and I was not going to get out of the car. I nearly lost my temper with him, but I knew that if I did, I should hit him and he would shoot me." She might be a princess but there's no damzel in distress here.

Princess's Anne's incredibly cool demeanour can't be overlooked. While it might be unintentional, she's pretty trendy too. She knows what works for her and goes with it. She has been rocking the same hairstyle for several decades, rarely wearing it down. And you know what? As they say, if it ain't broke, don't fix it.

She also seems to be a fan of athletic sunglasses, which she wears with her elegant outfits at formal occasions, like, for example, Harry and Meghan's wedding. These sunglasses really are a statement piece and, if I'm honest, I think she's on to something here. She's a style icon and she doesn't even know it.

Oh, and Anne is also mother to Zara, who is quite easily one of, if not the, coolest royal cousin.

Royal expert Richard Fitzwilliams told The Express that Anne "is, together with Prince Charles, the hardest-working member of the Royal Family who eschews personal publicity." According to Town and Country Magazine she is "involved in upwards of 300 different charity organizations" so she's pretty busy. The Telegraph also reported that, in 2018, she spent 180 days at royal engagements, which is the most of any royal. Prince Charles follows behind her with 120 days. Princess Anne also topped the list of most hardworking royal in 2017, so I think we can all agree that it's a fact.

All I know is that hard work, style, and being sass makes for a pretty groundbreaking combination. So, in times of trouble, just think: be more Anne.