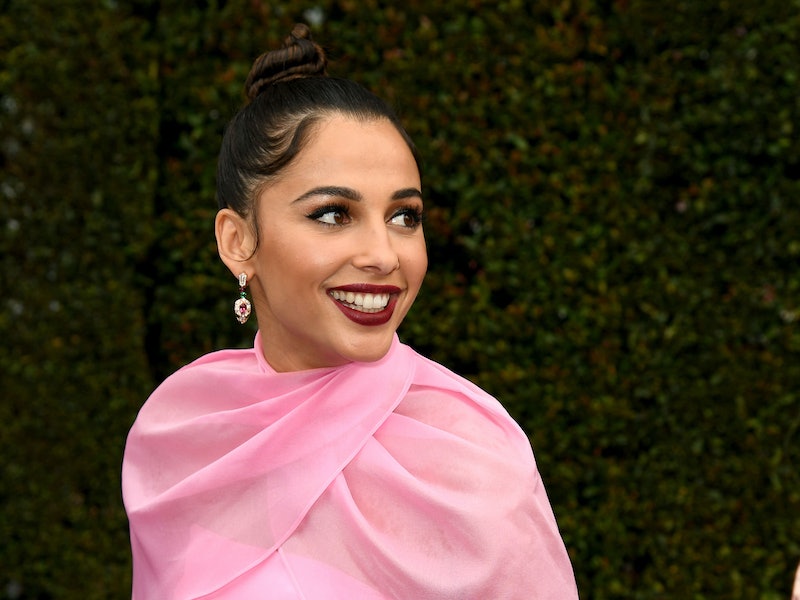 Jasmine has always been one of the more fierce Disney princesses, always fighting for what’s right and displaying strength against any obstacle. But for Disney’s new live-action remake of Aladdin, the Princess of Agrabah not only goes to bat for the right to make her own choices about her life, but she also tries to make an even bigger public impact. In the new Aladdin, Princess Jasmine a feminist politician, according to star Naomi Scott, and it seems like a fitting evolution for the iconic character in 2019.

In the original animated Aladdin, Jasmine’s primary fight is to marry the title character despite her father’s disapproval because he is poor and not royalty. The modern Jasmine, however, wants to take over the kingdom from her father, despite the fact that only men have been allowed to rule, and marry Aladdin.

“My girl’s a politician, do you know what I mean? She’s not just there to look pretty,” Scott said to People about her take on the role. “We took the kind of foundations of what was there from the iconic animation version where she was fighting for her own choice to marry, but now she’s fighting for the choice of others, which I think is way more powerful and her objective at the beginning of the movie is to lead.”

However, her dedication to fighting for the rights of everyone doesn’t mean she’s not as focused on Aladdin. In fact, he’s a major motivator for her to speak out against injustice and her restrictive father. “She does fall head over heels in love with Aladdin,” Scott said. “And he represents this kind of freedom that she longs for, and I think that through meeting him, that’s what also gives her confidence as well to speak out.”

Jasmine's mission to empower others is highlighted in Jasmine's new solo song, “Speechless.” The track, written by The Greatest Showman lyricists Benj Pasek and Justin Paul, is all about how Jasmine will not be speechless about anything. The encouraging anthem was written specifically for this new Aladdin to give Jasmine more depth, and it's even Will Smith's favorite part of the film, calling in "the greatest accomplishment of this movie".

"The idea [is] that her character wants to rule, that her father doesn't have any sons and she doesn't understand why she can't be the next in line to rule the kingdom," Smith told The Hollywood Reporter on the red carpet for the film’s premiere. "This is just a time when women aren't allowed to rule in this world and that added such a new flavor to interactions between Jasmine and Aladdin."

Aladdin would never be the type to hold back the woman he loves from fulfilling her political aspirations, making it a fitting twist for the 2019 film. "It was just about a natural progression," Scott told THR on the red carpet. "She cares about her kingdom, she wants to be political, she's a leader, and I think that's something that's really important and just makes perfect sense." If the industry is going to keep churning out reboots of our favorite childhood films, then it's likely Jasmine won't be the only princess getting an update.