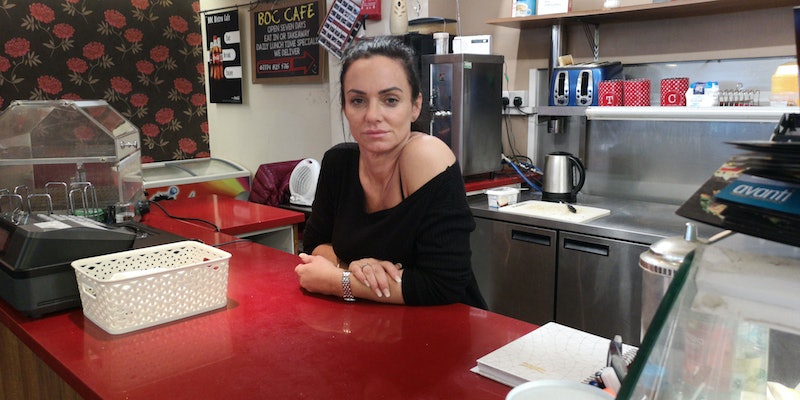 When you read about the number of people in UK prisons, it's very easy to disconnect from the human side of these stories. In recent years, however, documentarians have delved into the lives of prisoners and their stories. Instead of dehumanising them and simply labelling them as criminals, they as how that person got there, and explore what it's really like to be locked up. However, there's a greater knock on affect to being banged up, and that's what happens to your loved ones on the outside. And Channel 5's Prisoner's Wives: Visiting Hours is set to be a real eye opener when it comes to the struggles faced by prisoners' other halves.

Prisoner's Wives: Visiting Hours looks at those on the outside and how they are affected by their partners' crimes. Apart from the emotional toll that comes with missing a loved one, these women are also left with an enormous mess to clean up in terms of finances, raising children, and emotional supporting the person on the inside. They have to contend with long trips for brief weekly visits, short scheduled phone calls, and court hearings. And, of course, they have to explain the situation to their children in the most sensitive and caring way possible, which is obviously enormously tricky.

According to a statement sent to Bustle UK, the documentary was filmed over three months in Manchester and the North West of England. The Channel 5 team followed a group of women, including Jamie, whose other half Gary is in prison for drugs offences. This has left Jamie and her daughter Brooklyn alone and in an incredibly difficult position financially. Jamie has taken up the reins in terms of covering bills and supporting her family on her own; a situation that has been extra difficult because Gary's actions led to her benefits being sanctioned.

Working at a local café, Jamie is doing her best to make ends meet under the crushing stress of debts that she racked up initially once Gary went into prison. She speaks candidly about how, despite not being the one who committed the crime, she's also having to pay an enormous price — financially and emotionally.

On top of this, Jamie also has to help with any legal enquiries and research for Gary because he has limited access to the outside world. During Prisoner's Wives: Visiting Hours, we hear Jamie talk about how she has to stop herself lashing out and blaming her partner, despite how tempting it can be sometimes. Because him becoming upset isn't going to help with anything. Jamie also explains that, although she has to deal with all of the stress and anxiety his actions have caused, it's not as simple as throwing in the towel. A fact that might be hard to understand from an outsider's perspective, but Jamie expresses it so succinctly and beautifully: "I actually love the guy so it's not as easy to give up on someone no matter what they do."

The show is a multipart series and is sure to make you pause and think. If only to be awestricken by the resilience of these women in the face of such adversity.