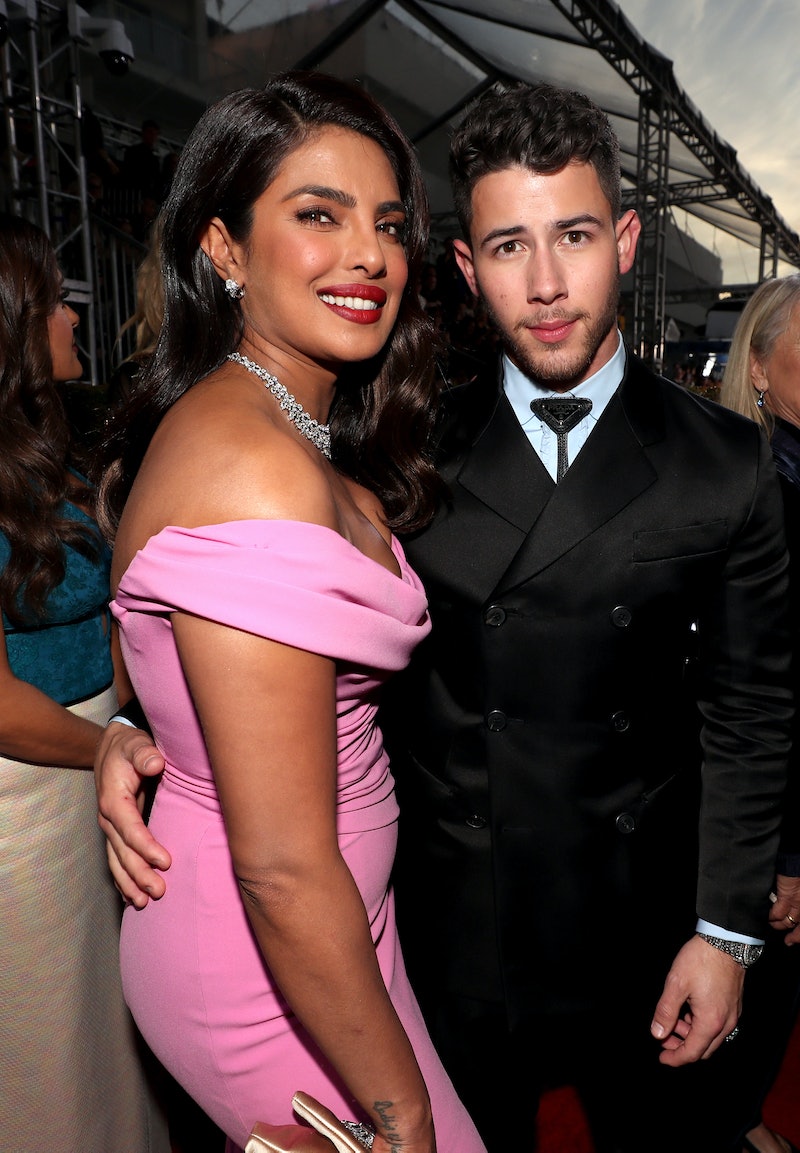 Throughout the course of their marriage (and relationship in general) Priyanka Chopra and Nick Jonas have always supported each other. She's cheered him on at his various concerts and he's been by her side during numerous red carpet events. However, there's still one particular talent the Quantico star hasn't witnessed about her husband firsthand: his acting skills. In a recent interview with Harper's Bazaar, Chopra revealed she hasn't seen Jonas' film Camp Rock yet, though it definitely remains at the top of her to-do list.

In the interview, Chopra broke down what a typical day in her life is like, which ranges from walking her dog Diana to working on the book that she's writing. However, later in the evening, she and Jonas like to play host to their family and friends, which was how the subject of Camp Rock was initially broached. "We get movie screeners sent to us, so we host a lot of movie nights," Chopra told the outlet. "I hate watching movies I’m in; all I see are the faults. But I’m happy to watch Nick’s. I’ve never seen Camp Rock, and everyone makes fun of me about that, so maybe soon we’ll have a Camp Rock viewing party. I bet it will be great."

As any JoBros fan already knows, Camp Rock is a Disney Channel Original Movie that aired back in 2008, which starred Demi Lovato and all three members of the Jonas Brothers. The story centers around Lovato's character, Mitchie Torres, an aspiring singer who attends a summer music camp named Camp Rock where she meets a popular music trio known as the Connect 3 (played by the Jonas Brothers, naturally). From there, a love story ensues between Mitchie and Shane (Joe Jonas), and everything culminates with a big music competition known as the Final Jam.

Yes, it basically has everything you could ever hope to find in a classic Disney Channel Original Movie, which is why some may find it so surprising that Chopra has yet to witness her husband's part in it by this point. “Nick and I didn’t really know that much about each other’s careers before we came into each other’s lives," Priyanka explained in the same interview. "So we used to do a show-and-tell at night where it would be like, ‘This is my first song!’ or ‘This is my first movie!’ or ‘This is the first song I wrote myself,’ things like that. And actually that’s how we’re still getting to know each other.”

Hopefully that situation will end up being rectified as soon as possible. (Jonas must have a copy of Camp Rock lying around somewhere, right?) If nothing else, it'll undoubtedly give both of them a good laugh and maybe even bring them even closer together as a couple. And just wait until Chopra learns there's a Camp Rock 2!

More like this
12 Years Ago, Austin Butler Manifested His Oscar Nom In This Disney Movie Scene
By Jake Viswanath
Sandra Bullock’s Razzies Speech Proves She’s The Ultimate Miss Congeniality
By Sam Ramsden
Anne Hathaway Shared A "Thrilling" 'Princess Diaries 3' Update
By Darshita Goyal
The 'Scream 6' Trailer Shows Off Hayden Panettiere's Return & Ghostface In NYC
By Jack Irvin and Jake Viswanath
Get Even More From Bustle — Sign Up For The Newsletter