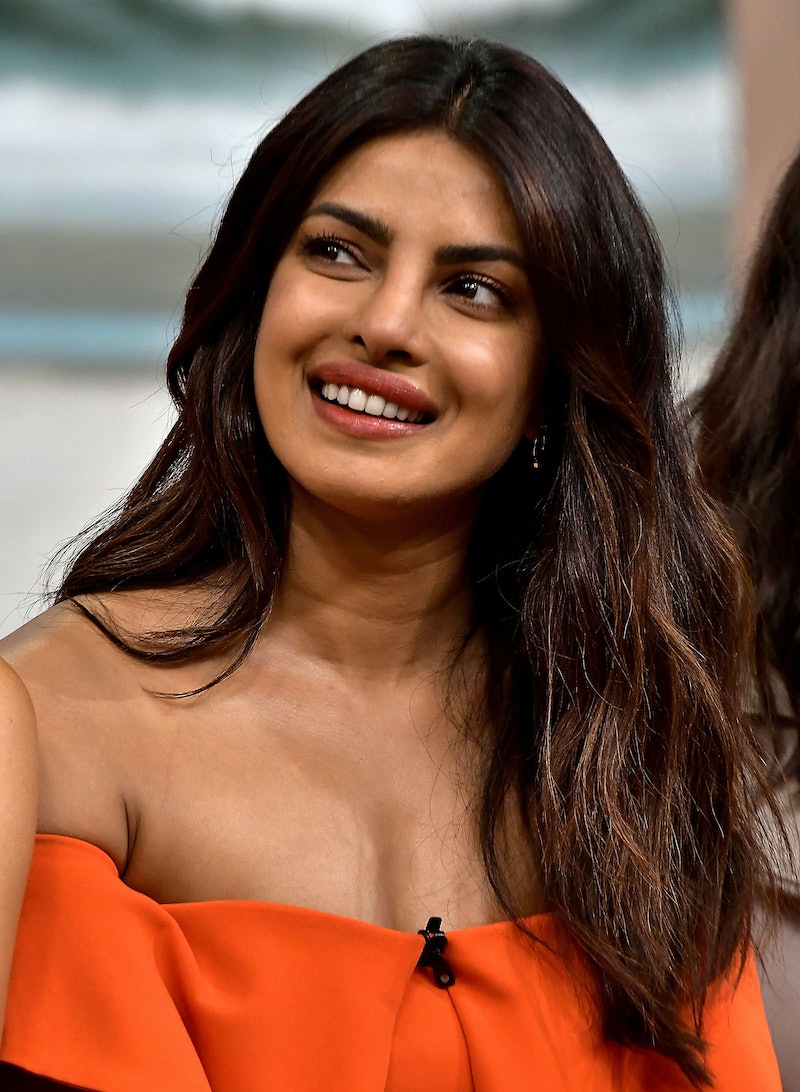 Wedding bells could be ringing soon for Prince Harry and Meghan Markle — at least, I hope. There is always something intriguing about a royal falling in love with a non-royal, and although Markle is a very accomplished woman herself, she wasn't born into England's high society. Royal watchers aren't the only ones full of wishful thinking for a royal wedding. During an interview on The Wendy Williams Show, Priyanka Chopra admitted that she is rooting for Markle and Harry to make it. Don't we all want to see a strong, independent woman hold her own next to a prince?

During her interview (around the 7:50 mark in the video below), Williams told the audience that Chopra was friends with Markle, who she described as "Prince Harry's girlfriend." In response, Chopra stood up for her friend and fired back, "Also, Meghan Markle: actress, Suits, her achievements." I am all about this friendship already! Chopra clearly knows that although her friend is in a happy relationship, she is more than just that.

Chopra told Williams that she met Markle at a party about two years ago and that they got along very well. The actor has popped up on Markle's Instagram page as recently as December 2016, when the friends had a night out in Malibu.

Once Williams got past the small talk and was schooled about Markle's career, she moved on "the big deal" and asked Chopra if she thinks Markle and Harry will get married. She replied, "I don't know. I hope so. She seems happy ... I think they look great together."

She sounded very excited about the prospect of her friend marrying Prince Harry, which to me, is a very good indicator that their relationship is going strong. She continued, "I mean, no pressure. High-profile relationships are so stressful anyway. As a friend, I wouldn't like to add on that at all."

What a good friend she is. Williams took her question one step further and asked Chopra if she would be a bridesmaid. She replied,

"I don't think I'm that close to her. I don't know that. I mean, I've known her about two years now. We randomly met at a party and got on really well. So, I don't know. Once I get the invite — if I'm even invited."

Can you even imagine this bridal party if Chopra is involved? Both she and Markle are smart, independent, and accomplished. I fully support this friendship — and the possible future of this incredibly good looking wedding party.