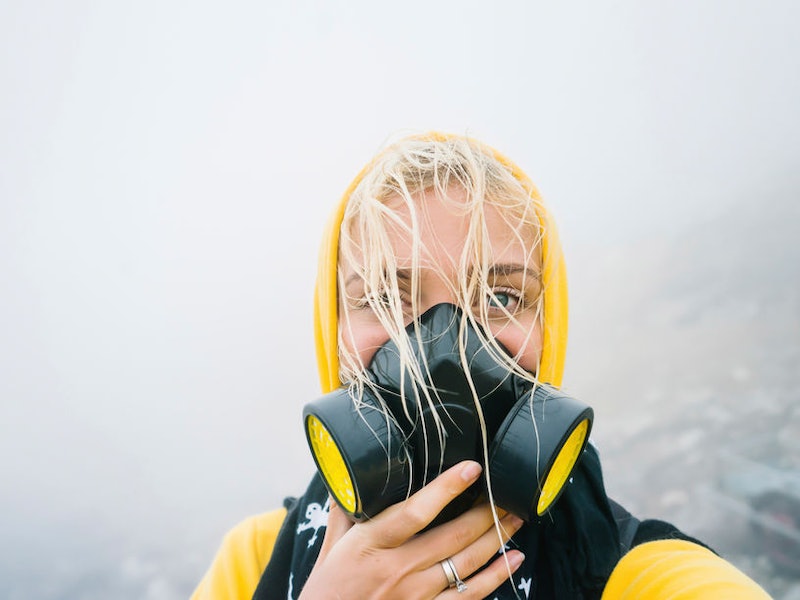 Every year, a new skincare trend pops up, asking you to part with your precious money. While some are nothing more than fads, a few will introduce you to things that could help boost your overall skin health. Products to protect your skin from pollution appear to be this year's buzzed-about thing that's rightly captivating our attention.

Anti-pollution skincare is a funny one. It sounds ridiculous but there is some science behind the madness. It's not a secret that our planet is becoming more polluted by the day. With car fumes and industrial pollutants filling the air, our skin appears to be taking the brunt of the damage.

According to the World Health Organisation, around 91% of the world's population live in areas where pollution exceeds safety guidelines. That's probably way more than you thought, right? The most common air pollutants are polycyclic aromatic hydrocarbons (PAH), volatile organic compounds (VOC), and particulate matter (PM). Each of these can have a negative impact on your skin according to a study in the Journal of Investigative Dermatology.

"Pollutants trigger the immune system to produce excessive melanin which causes pigmentation and skin darkening, inflammation and weakens skin barrier, causing lines and wrinkles," dermatologist and founder of Murad skincare, Dr. Howard Murad, recently told Refinery29. "As a result, pollution is one of the major sources of concern for health and beauty."

Enter anti-pollution skincare. Coming in the form of creams, masks, and sprays, this new product category promises to defend your delicate skin from the toxic pollutants trying to harm it each and every day. While high-end brands have been selling pollution-fighting products for a while now, low-cost names such as Nivea are also getting in on the action.

And it's working. A report carried out by NPD in 2017 found that the market for anti-pollution skincare was rising. Its findings detailed how sales — specifically in the UK — had increased by 30% between January and June 2017, making this niche category worth an estimated £3.1 million.

When I worked in London, I used to carry an anti-pollution spray with me. Although I used it on the regular, I was never sure whether it was actually doing anything or whether I had been pulled into a new form of marketing spiel. However, experts have given their verdict and say that some of the products out there are worth investing in. These include a good and thorough cleanser, creams and serums containing antioxidants, and items containing a decent SPF.

Here are a few anti-pollution miracle workers to get you started: