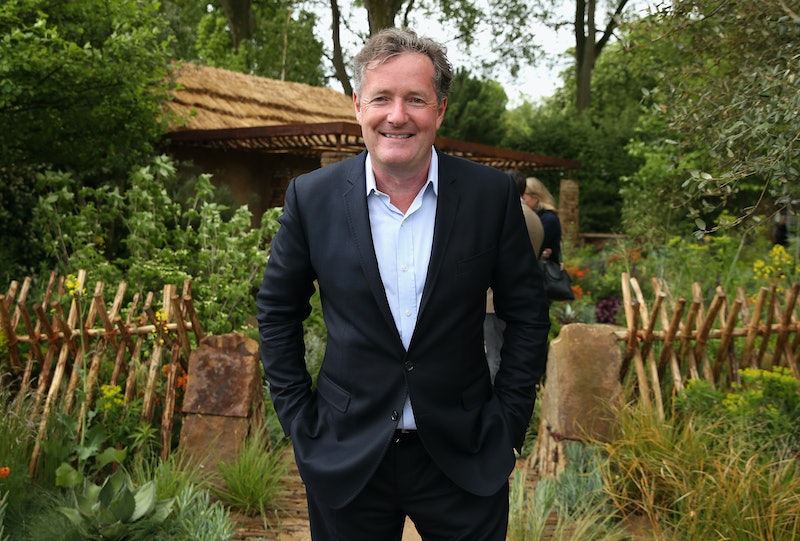 As part of ITV's Crime and Punishment series, Psychopath with Piers Morgan tells Paris Bennett's story, who is currently serving a 40-year sentence for the murder of his younger sister in 2007. Bennett, who was 13 years old at the time, reportedly planned to kill his then 4-year-old sister weeks beforehand and handed himself in to the police after stabbing her multiple times in their home, as iNews reports. In this one-off documentary, Morgan attempts to discover how the mind of a psychopath works, and what could cause someone like Bennett to commit such a horrific act.

The documentary marks the first time Bennett has been interviewed on British television, and will also feature his mother Charity who discusses how losing her daughter to the hands of her own son has affected her mentally and emotionally. While Morgan is interviewing her son, Charity can be seen in another room listening to their conversation which involved Bennett talking about how he planned on killing his sister to hurt his mother.

"One of the reasons why I chose to kill my sister and not someone else is because I knew that by doing that I could hurt my mother in the worst possible way," he told Morgan. "[B]ecause I had always known, as a child, that the most devastating thing to my mother would be the loss of one of her children, and I found a way to take both her children in one fell swoop."

Despite his actions, Charity has stood by her son through his sentence and visits him in prison on a monthly basis. But, she does fear for her and her younger son Phoenix's safety. As she explained to ITV in a press statement, Bennett will be "first eligible for parole in 8 years' time." But as expert Dr Casey Jordan says in the documentary, in his opinion, Bennett "should never get out."

"Psychopathy can't be cured. He will not, can not change. He can be managed which is why he is in a prison but it will never go away."

In fact, Bennett's condition is so dangerous that Morgan wasn't allowed to be in the same room as the 25-year-old while he interviewed him. "The FBI profilers we brought in to advise us said: 'He'll have done his research on you very throughly, he will try and play you, he will be manipulating you,' and I really felt that," he said during an interview on ITV's Lorraine. "I've interviewed serial killers who have killed, 12, 20 people in some cases and I would be two feet away but he was considered too dangerous to be in the same vicinity as, he had to be behind reinforced glass."

"They were concerned that he is so cunning and manipulative and smart that he might just use that opportunity to commit another murder, if he meets another human being on the outside. There was something about him that was really dangerous and menacing, because he was clearly so intelligent and you just feel like he is gaming everybody."

Psychopath with Piers Morgan airs tonight on ITV1 at 9 p.m.