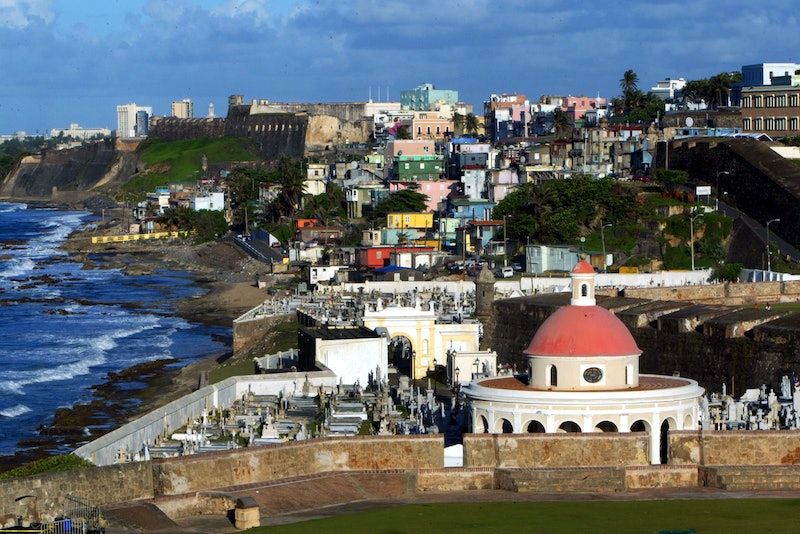 The federal government shutdown is currently entering its third week — and its effects are reverberating throughout the United States and its territories. For example, Puerto Rico is really feeling the government shutdown's effects when it comes to tourism on the island. Notably, some of its most popular and profitable attractions are now closed indefinitely.

The Associated Press (AP) reported on Jan. 7 that two colonial-era forts in Old San Juan, the San Felipe del Morro Castle and the San Cristobal Castle, will now be closed for the remainder of the government shutdown. These forts are operated by the United States National Park Service (NPS). Initially, the forts remained open amidst the shutdown, as the island's government-owned Tourism Company temporarily covered operating costs for the tourist sites, the AP noted. However, as CBS reported, on Jan. 7 the Park Service ceased its agreement with the Tourism Company due to "operational reasons." Resultantly, both sites are now closed to visitors.

CBS also indicated that these forts are typically popular with visitors —and that 45,000 people visited the two attractions during the approximately two-week period in which they were operated by the Tourism Company. Thus, the forts' closure could certainly significantly hamper tourism revenue for the island.

Indeed, United States House Representative Jennifer González of Puerto Rico highlighted concerns regarding the impact of the forts' closure on economic revenue and post-hurricane recovery in a letter she wrote to the National Park Service on Jan. 7. In this letter, González requested that the NPS continue its contract with Puerto Rico's Tourism Company so that the forts can remain open through the duration of the shutdown. In making her request, González highlighted the benefits that the sites bring to the island, writing:

The negative implications that the park's closure would have for my constituents cannot be overstated. The San Juan National Historic site [which houses the forts] generates more than $100 million in economic activity every year for Puerto Rico. In 2016 alone, more than 1.4 million people visited the park, spurring more than $85 million in visitor spending.

González also stressed that revenue generated by tourism is especially needed in the wake of Hurricane Maria. "At a time when island residents and local businesses are still recovering from the devastating impact of the 2017 hurricane season, every effort must be pursued to ensure that Puerto Rico's economy continues to improve," she wrote.

Indeed, Hurricane Maria had a significant impact on the island, with experts estimating that the economic impact of the storm was at least $43 billion, USA Today reported. Thus, ensuring that revenue-generating activities continue during the shutdown could be crucial for Puerto Rico's recovery.

Fortunately, progress already seems like it's being made on this front. The Executive Director of Puerto Rico's Tourism Company, Carla Campos, revealed on Monday evening that the company will be renewing its contract with the NPS — and that El Morro and Castillo San Cristóbal will open again on Wednesday, el Vocero reported.

The closure and forthcoming re-opening of the forts in San Juan certainly highlights the complicated nature of the government shutdown — and illustrates the profound impact that the shutdown has had throughout American states and territories.