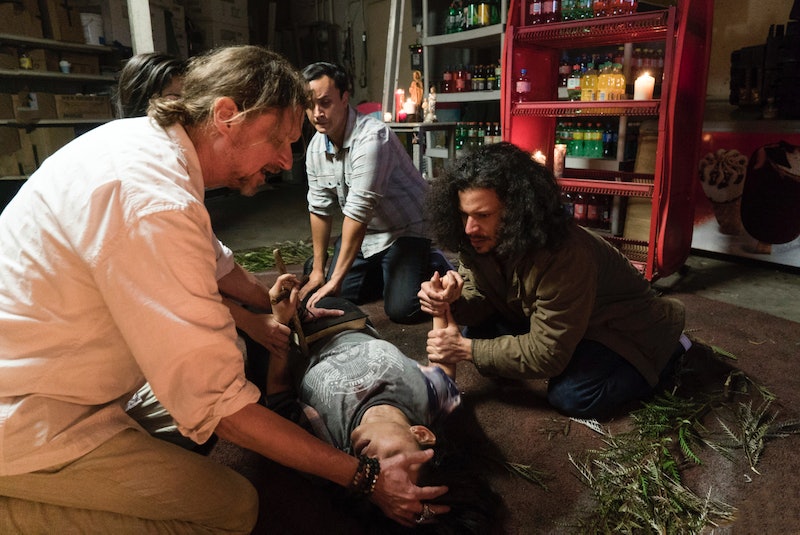 The debut season of techno-medical mashup series Pure Genius is coming to an end, and Deadline reported that Pure Genius won't return for Season 2. According to the outlet, CBS declined to pick the series up for more than the original 13 episodes. Unfortunately, the show wasn't given the chance to wrap up Dr. Wallace's story in any meaningful way, since it was never given an extended Season 1 order. But, even though Pure Genius is canceled, it doesn't change that it was a delightfully weird twist on your typical CBS drama, all while still being a totally passable CBS drama.

Pure Genius managed to combined a totally normal medical show with some 21st-century innovations. And, while it's too bad that switching things up didn't quite work this time, there are still plenty of other shows that are doing twists on the medical genre right now. In fact, if you're a Pure Genius fan because of the show's love for futuristic tech, then you should be doing well with other TV options. Maybe Pure Genius was just a little too ahead of its time when it came to incorporating both into a single series. But, there are always these shows to check out after Pure Genius wraps its series.

It's kind of hard to recommend a show that hasn't premiered as an alternative to one that was just canceled, but it just seems perfect. I mean, the idea of a billionaire donating tons of surveillance equipment to a police department ranges from slightly to extremely terrifying in real life, but in the world of a TV drama, it's at least somewhat intriguing.

Dr. Thackery is kind of like the Dr. Wallace of the turn of the 20th century, with his experimental, unpracticed surgeries. One warning, though — The Knick's surgery scenes are a significant amount more graphic, gory, and scary than those on Pure Genius. But the storytelling and filmmaking are some of the best on television.

Also on CBS, and recently renewed, this falls into the more straightforward medical drama category. But there's something reliably entertaining about the typical case-of-the-week show, where you know no matter how bad the situation in that emergency room, the cast will figure out a way to send everyone on their way after 45 minutes.

In a random throwaway line, the show mentioned that in this universe, every single disease has been cured. There's also a lot more than that to the show, which is set in a version of the future where tech companies have managed to not just heal life, but also create it in robots.

Chicago Med also won't shock any fans of the medical drama genre. However, it is a part of a fascinating new TV experiment: How many dramas can NBC build around the municipal workers in Chicago? So far, the well seems to be bottomless.

And if you were watching Pure Genius because the idea of a high-tech hospital just makes you think of how badly an evil corporation could screw it up, then you should watch this paranoid hacker fever dream/highly awarded drama. I know it's a long shot, but if I'm going to throw out recommendations for the medical drama lovers, then I also have to serve the conspiracy theorists. (Duh.)

From tech news obsessives to those who love watching good-looking actors recreate a spinal surgery, there's something to find on television to replace the hole left by Pure Genius.