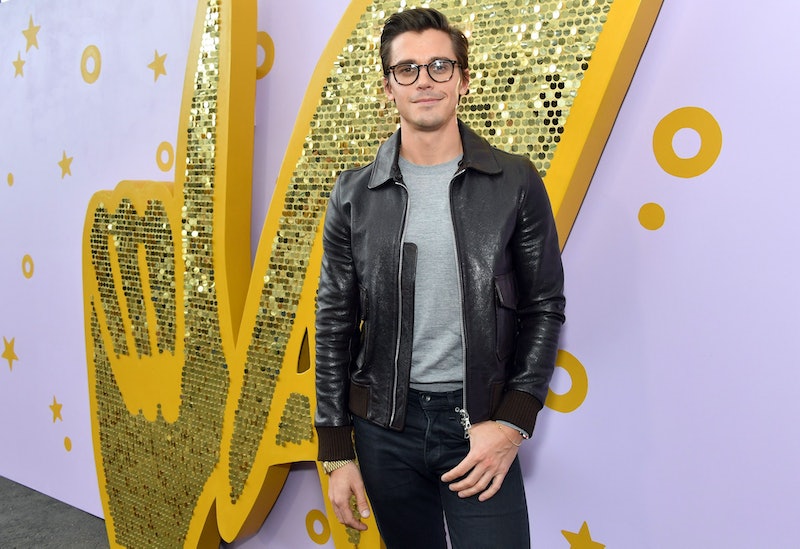 People can't get enough of the Fab Five on Queer Eye, so what's better (and smarter, for Netflix) than more content with our favorite queer life-changers? And if it happens to combine Netflix's other area of expertise — romantic comedies — all the better. Queer Eye star Antoni Porowski is developing a Netflix rom-com inspired by on his own dating life. And no, there probably won't be any guacamole involved.

The streaming service is currently working on a new original film entitled Girls & Boys, which, is loosely based on Porowski's real-life romantic experiences as a sexually fluid man. According to The Hollywood Reporter, the Queer Eye's food expert developed the concept of the film with black-ish creator Kenya Barris, who is set to produce the rom-com under his huge Netflix deal. PEN15 writers Andrew Rhymer and Jeff Chan have signed on to handle the screenplay.

Despite fans getting to know him as Queer Eye's lovable and attractive chef, this isn't Porowski's first foray into the film world. Before the show, he was auditioning for acting jobs, landing small roles in James Franco's 2018 movie The Pretenders and other short films before being cast on the Fab Five we know and love today. No casting news has been announced. But who knows, maybe Porowski himself will star in the film — with his experience, it's certainly possible.

Although some fans assumed that Porowski was a gay man because of his role on Queer Eye, he actually identifies as sexually fluid or even goes without a label. In fact, he told the Associated Press that he even worried about whether he was "gay enough" for the show. "I think I did certainly have a bit of shame being fluid when I was growing up because I didn’t know too many people who I could relate to," he said.

While he's dated men for the past several years, Porowski told GQ that simply calling himself gay wouldn't completely be accurate. “I feel like if I do refer to myself as gay, which would make it easier for people to understand sometimes, I feel like it dishonors women that I've been in love with,” he said.

The film will represent that aspect of his sexuality. Sadly, it likely won't feature a character based on his Queer Eye co-star Jonathan Van Ness, with whom he's made a joke Instagram account, @jvntoni, which they use to post photos of themselves pretending to be a couple. Fans have been rooting for them to date in real life, and it would make such a happy ending for the upcoming film. But, alas, some things are simply too dreamy to be true.