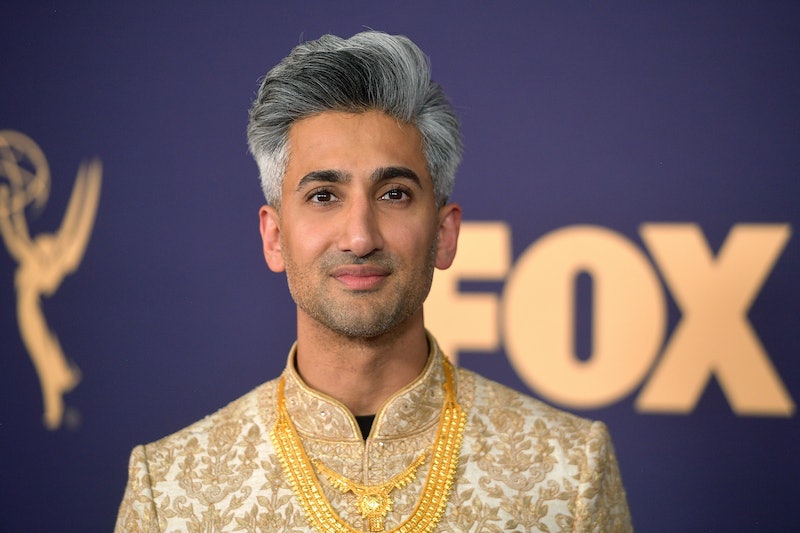 Tan France's professional domain may be in the realm of fashion, but with Black Lives Matter protests currently sweeping the globe in the wake of George Floyd's death, the Queer Eye star is taking a stand on social media about something much more important than French tucks. In a recent post, Tan France called on white people to take action against racism in any way that they can. Even if you're unable to get out there and protest with others, the fashion guru knows that there are plenty of ways to show support. And, he added, to those who love to demonstrate Black culture on TikTok — the time has now come to show up and actually "support Black culture" in a very real and beneficial way.

On Monday, June 1, France shared a message on Instagram that read, "To all those Tik-Tok-ing 'classy, bougie, ratchet' white folks out there, who love that Black culture... it's time to support Black culture!" He continued his message in the caption, writing, "No, I’m not saying you have to get out and protest, but take action in your immediate lives at the very least." The Queer Eye star continued, asking followers to "Call out racist bullshit in your family. Stop acts of racism when you see them, and teach your kids to do the same.... and stop telling Black people how they should protest." He ended declaring that he would be turning off comments for this post, explaining, "this isn’t a conversation."

The "classy, bougie, ratchet" reference in his post is, of course, a reference to the lyrics of Megan Thee Stallion's popular hit song "Savage," which quickly became part of a TikTok trend known as the "Savage Challenge" earlier this year. France's message is simple: if you're white and enjoy partaking in Black culture trends, like the "Savage Challenge," you should not be sitting on the sidelines in silence when it comes to supporting the Black Lives Matter movement. At this point, with so many Black lives being lost at the hands of police brutality, complacency is not an option.

Queer Eye has always made a point of addressing important topics in the past, including sexuality, racism, religion, and, yes, police brutality. So it's not surprising to see members of the Fab Five speaking out to their followers on a personal level. Let's just hope fans decide to heed that advice.