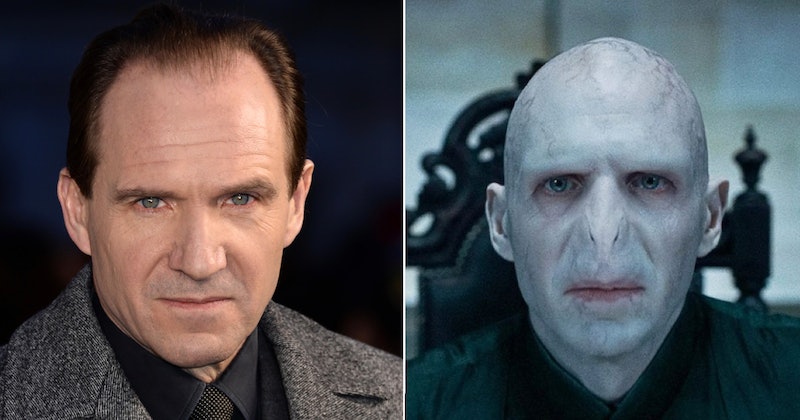 British actor Ralph Fiennes has carved out a very successful career thus far. The man is a serious thespian, treading the boards as well as being an international movie star. Let's be real, though, the thing you know him best for is playing the ultimate bad guy in the Harry Potter film franchise. But guys, did you know Ralph Fiennes almost turned down the role of Voldemort?

Merlin's beard, this is more shocking than the umpteen times VIP characters kicked the bucket in those books. Real talk, though, Fiennes was lowkey too cool for school. Even Hogwarts school. Speaking to Jonathan Ross on his eponymous chat show, the actor revealed that the near miss was owing to him not being clued up on the whole Harry Potter phenomenon.

"The truth is I was actually ignorant about the films and the books. I was approached by the production. Mike Neale was directing the film that they wanted me to be in… the first time Voldemort was going to appear physically. Out of ignorance I just sort of thought, this isn't for me. Quite stupidly I resisted, I was hesitant."

Goodness gracious, that's pretty shocking. I mean, considering the first Harry Potter film Fiennes starred in was the fourth one, the guy must have actually been hiding under a rock for quite some time.

So, what made him change his mind on the whole matter? All Fiennes had to do was merely mention the potential role to his sister. As the mother of three young children, the actor's sis knew what was up, and she was the one who persuaded him to do it. Fiennes told Ross:

"I think the clincher was that my sister Martha — who has three children who were then probably about 12, 10 and 8 — she said, 'What do you mean? You’ve got to do it!' So then I rewound my thinking."

Fiennes is a renowned actor, having been nominated twice for an Oscar for his roles in The English Patient and Schindler's List. Speaking to the Times, Fiennes revealed that, when he is appearing in anything, he ensures the script is near him at all times. He said:

"When I’m doing a play, I keep the text near me constantly. At the moment I have scripts of Antony and Cleopatra all around the house, by the loo, by the bed … You need to be as inside and close to the play as you can be."

However, it was revealed back in 2011 by Tom Felton (who played the perfectly peroxide Draco Malfoy in the Harry Potter films), Fiennes was so overcome with emotion during one famous scene that he went off script. Felton discussed the scene in question at DragonCon, and revealed it's the one in the last film, where Voldemort calls Malfoy down to join the death eaters.

"The hug was never in the script for that scene and Fiennes only decided to do it once during all of the takes. I was standing there like 'What the hell is he doing? Why is he hugging me in this weird fashion?' It was very strange; it was a surprise for me."

Well, we should just thank our lucky stars that Fiennes even picked up the script in the first place. I mean, can you imagine Harry Potter without him...? Me neither.