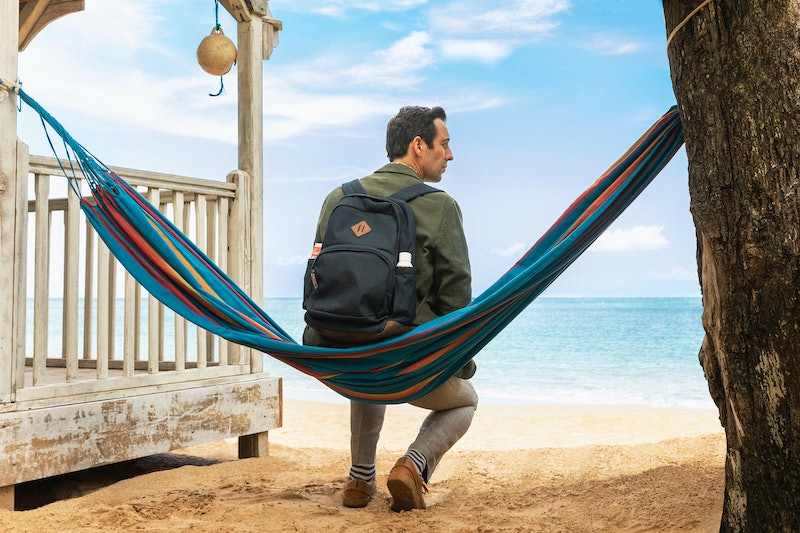 The long-running BBC drama Death in Paradise is set to return for an impressive ninth run early next year, and viewers can look forward to a brand new chapter of crime investigation on the fictional Caribbean island of Saint Marie. However, the British-French series has undergone some major shakeups, and actor Ralph Little is joining Death In Paradise following the departure of a much-loved cast member.

As reported by Digital Spy, the BBC confirmed Little would be joining the series after quite a bit of fan speculation, and will be replacing Father Ted star Ardal O'Hanlon. Little will take on the brand new role of Detective Inspector Neville Parker, who reluctantly arrives on the island of Saint Marie to investigate the death of a woman from his home city of Manchester. Deciding on whether to accept a role on the BBC crime drama was an easy choice to make for The Royale Family star, who revealed it took him "less than 0.005 seconds" to sign up. Little went on to describe his newest TV gig as being a "great honour and a dream come true," and also paid tribute to the "wonderful" Ardal O'Hanlon — who is set to depart the role of DI Jack Mooney during the next series.

As The Sun reports, Little is best known for his previous roles on the BBC sitcoms The Royale Family and Two Pints of Lager and a Packet of Crisps, and will join series regulars Don Warrington, Tobi Bakare, Shyko Amos, Aude Legastelois and Elizabeth Bourgine in Death in Paradise season nine. However, this isn't the first time Little has appeared on the show, because according to the Express, the actor previously made a guest appearance on Death in Paradise series two — during which he portrayed a character known as Will Teague.

Speaking of the show's newest addition, the crime drama's executive producer, Tim Key, revealed that he is "excited to let the audience get to know our new characters," and teased some "major surprises" in the upcoming new series. As the Radio Times reports, Death in Paradise fans have a lot to look forward to, because the BBC drama will be back for at least two more seasons. The announcement followed an extremely successful eighth run, which saw the series premiere draw in an impressive 8.9 million viewers, and with a brilliant talent such as Little joining the gang, I'm more than confident Death in Paradise will continue to thrill fans of the BBC hit