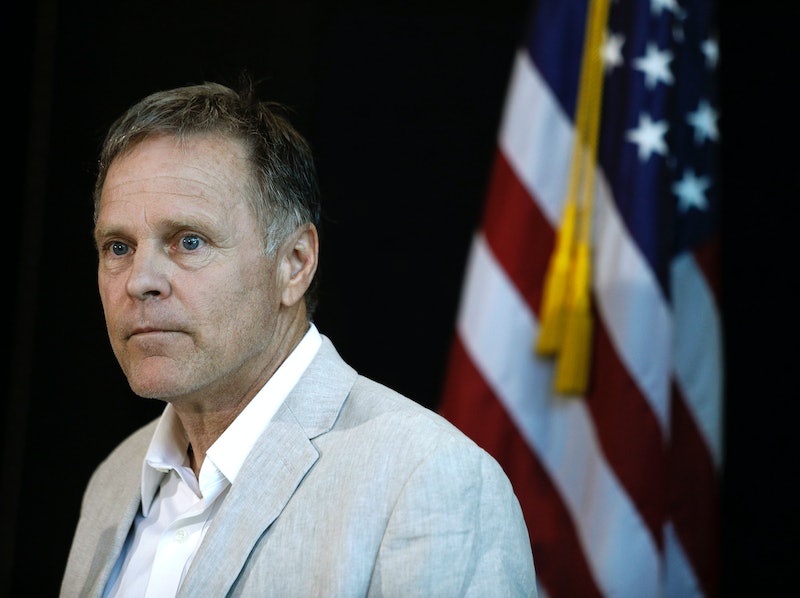 Six days after being released from North Korean custody, Otto Warmbier died, his family confirmed in a statement released by the Ohio hospital where he was being treated. Otto Warmbier's parents' statement about their son's death focuses on being grateful for both the time they had with their son and the "outpouring of emotion from the communities that he touched."

Warmbier died Monday afternoon, less than a week after he returned to the United States in a coma, which North Korea claimed was a result of the combination of botulism and a sleeping pill. However, doctors at the University of Cincinnati Medical Center, where Warmbier was immediately taken upon arrival, found that he had suffered extensive brain damage and said there was no sign of botulism.

While his parents remained positive in their statement, writing about their son's "curiosity and enthusiasm for life," the people who loved their son, and the doctors who did everything they could, they also highlighted North Korea's role in his death. "Unfortunately, the awful torturous mistreatment our son received at the hands of the North Koreans ensured that no other outcome was possible beyond the sad one we experienced today," the family wrote.

And in perhaps the most emotional part of the statement, Warmbier's parents mentioned how they believed he was at peace once he arrived home. Stating that he looked "anguished" when they first saw him again, "within a day the countenance of his face changed — he was at peace. He was home and we believe he could sense that." They ended by saying they are at peace, too.

It is our sad duty to report that our son, Otto Warmbier, has completed his journey home. Surrounded by his loving family, Otto died today at 2:20pm.

It would be easy at a moment like this to focus on all that we lost — future time that won’t be spent with a warm, engaging, brilliant young man whose curiosity and enthusiasm for life knew no bounds. But we choose to focus on the time we were given to be with this remarkable person. You can tell from the outpouring of emotion from the communities that he touched — Wyoming, Ohio and the University of Virginia to name just two — that the love for Otto went well beyond his immediate family.

We would like to thank the wonderful professionals at the University of Cincinnati Medical Center who did everything they could for Otto. Unfortunately, the awful torturous mistreatment our son received at the hands of the North Koreans ensured that no other outcome was possible beyond the sad one we experienced today.

When Otto returned to Cincinnati late on June 13th he was unable to speak, unable to see and unable to react to verbal commands. He looked very uncomfortable — almost anguished. Although we would never hear his voice again, within a day the countenance of his face changed — he was at peace. He was home and we believe he could sense that.

We thank everyone around the world who has kept him and our family in their thoughts and prayers. We are at peace and at home too.